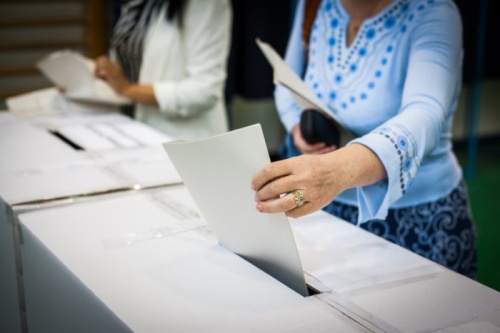 The propositions, if passed by voters in November, will go towards paying for a combined $125 million in infrastructure, parks and public safety projects.

Council will hear a second reading of the general obligation, or GO, bond propositions before voting to formally put them on the ballot. That reading will occur at Hutto City Council's regularly scheduled Aug. 16 meeting.

The GO bond funds are split into three separate propositions that will appear on the November ballot. The first, Proposition A, outlines $70 million in funds for infrastructure construction including roadways and drainage projects.

"We are in the situation where [FM 1660] is in such disrepair," said Hutto City Manager Odis Jones. "The citizens [of Hutto] are coming to our office to do something about it."

Drainage improvements are additionally listed in the proposition language, though an explicit list of drainage projects is not included.

The second GO bond proposition earmarks $5 million for a communications facility for the Hutto Police Department.

"This could serve to increase efficiency," said Helen Ramirez, assistant city manager for the city of Hutto.

Plans for the facility—as outlined in the proposition text—include planning, designing, constructing, purchasing, renovating, repairing, replacing, improving, expanding and equipping the communications facility with audio and visual technology and related software or hardware.

Proposition C earmarks $50 million for parks project costs related to "constructing, acquiring, improving, renovating, developing and equipping, land, buildings and supporting infrastructure for parks and recreational purposes including renovation of existing parks and recreational facilities, extensions of roadways, trails, parking, and/or drainage facility improvements at or integrated into parks, the purchase of any necessary rights-of-way and related infrastructure".

Prior to the presentation of the GO bond propositions, council was shown the results of a scientific survey conducted by Dr. Thomas Longoria, director of the Center for Research, Public Policy, and Training at Texas State University.

According to the survey results, Hutto residents are in favor of constructing shade structures, sidewalks and trails, picnic tables, water features and playground structures in the city's parks.

The Proposition C language does not list any specific parks projects for the city, though a concept plan for a sports complex was shown to council members at Thursday night's meeting.

"If we look at the survey we have, they’re not big fans of sports fields," said Hutto City Council member Patti Turner.

Council declined to put a $53 million bond proposal on the May 2017 ballot after Jones requested extra time to analyze the city budget and improve Hutto’s credit rating.

The 2009 election remains the first and only time Hutto has held a general obligation bond election, according to Eliska Padilla, public information officer for the city of Hutto.

The deadline for the city of Hutto to outline bond election proposal language is Aug. 20, according to Ramirez. Hutto City Council's Aug. 16 meeting is the last scheduled occasion for the council to approve the GO bond proposition language barring any special meetings.