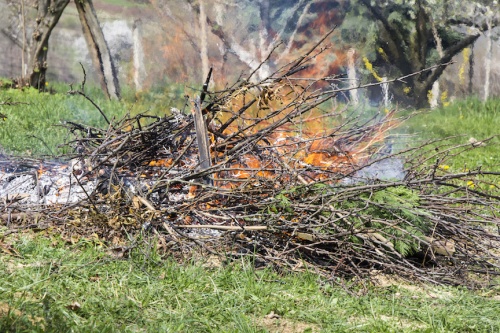 An emergency burn ban is in effect for Williamson County.

Williamson County Judge Dan Gattis issued a disaster declaration for a burn ban beginning Friday afternoon. The order prohibits burning of any combustible material outside of an enclosure “which serves to contain all flames and/or sparks or the engaging activity outdoors which could allow flames or sparks that could result in a fire.”

The order is in effect for the next 7 days, until July 27, unless the Williamson County Commissioners Court considers extending the ban at its July 24 meeting.

Williamson County officials said the heat and weather factors have contributed to dangerous fire conditions. Residents are not allowed to burn trees, stumps, shrubbery or other natural vegetation.

Violation of the order is a misdemeanor which could include fines of $1,000 and 180 days in jail. Two large fires south of Horseshoe Bay  and one near Temple burned nearly 3,000 acres this week.
SHARE THIS STORY