Texas tourists contribute to development in Round Rock, Pflugerville and Hutto 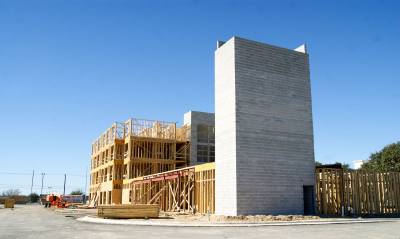 The development of hotels in Round Rock, Pflugerville and Hutto is on the rise, and it means more for the community than just a place for guests to stay.

According to the Texas Comptroller’s Office, Texas law requires hotel owners or managers to collect state hotel occupancy taxes from guests who rent rooms that cost $15 or more per day. Those state taxes are collected at a rate of 6 percent of the total cost of the room.

On a local level cities are also authorized to collect hotel taxes of up to 7 percent under the mandate that those funds go toward tourism-related initiatives. Sports and community venues also have the option to levy venue taxes of up to 2 percent.

Although local hotel taxes directly fund the cities in which they are collected, they are unique in that they are not paid by the city’s residents but rather by visitors.

The city of Hutto collects the full 7 percent of hotel taxes allowed by the state. In fiscal year 2016-17, the city collected a total of $297,317, according to the annual budget. At its Jan. 18 meeting City Council authorized the city to allocate $250,000 of hotel tax funds to the second annual KOKE FM KOKEFEST, a country music festival scheduled for August.

City manager Odis Jones said this is the result of a partnership between the city and KOKEFEST, which he said is playing a role in bringing more hotels to Hutto.

“Bringing people here from outside of the community to spend money, stay in hotels, spend money at restaurants and engage in economic vitality for the community—that’s where [hotel tax funds] have been spent in the past and will continue to be spent,” Jones said.

Part of the agreement requires the festival to promote Hutto and use local vendors whenever possible.

“Most people don’t understand it; they just see it as a tax; but it really helps to drive the commerce and vitality of the town,” Jones said.

Negotiations are already taking place to bring a new hotel to the Co-Op District.

Hotel development is also evident in Pflugerville, where only two years ago there were no hotels. The Best Western Plus Pflugerville Inn & Suites opened in 2016 followed by the Courtyard  by Marriott hotel and conference center in May 2017.

The conference center is the city’s first and also the first built on SH 130. In fiscal year 2016-17, Pflugerville collected a total of $149,897 in hotel tax funds. Of that total $133,664 went toward the convention center, and the remaining $16,233 was used by the city for promotional purposes.

Toledo said the remaining hotel tax funds go toward the city’s membership in the Texas Association of Convention and Visitor’s Bureaus; the PfunTX website; and promotional products, including mugs, luggage tags and the PfunTX banners placed along local roadways.

A third hotel, a Fairfield Inn to be built next to the Marriott property, is currently in the planning phase.


Hotel tax funds in Round Rock

In Round Rock there are 29 hotels with about 3,000 rooms available. The development of hotels, especially along I-35, has nearly doubled since 2013.

In addition to the 6 percent hotel tax for the state, the city of Round Rock collects a 7 percent hotel tax. Hotel tax funds collected in Round Rock go toward arts and culture, the convention and visitors bureau, The Dell Diamond and United Heritage Convention center, debt service and capital improvements.

Round Rock also collects a 2 percent venue tax, which goes to the Round Rock Sports Center.

In 2012, the first year that Round Rock collected the venue tax in addition to the hotel tax, the city brought in a total hotel tax revenue of $3,252,543. Last year the total revenue from both taxes was $5,515,165, according to the city’s budget.

Of the city’s total hotel tax and venue tax funds, $7,821,945 went toward capital improvements, $1,023,598 was used on the convention and visitors bureau, $102,500 went toward The Dell Diamond and The United Heritage Convention Center , and the remainder was dispersed between arts and culture and debt service.

The city of Round Rock reported a hotel occupancy rate of 77.1 percent in 2017.

“For a city without a beach or a major university, that is impressive,” said Susan Morgan, Round Rock chief financial officer for the city.

With more hotels on the horizon—including the nearly 1,000-room Kalahari Resort—the occupancy rate is expected to increase.
SHARE THIS STORY