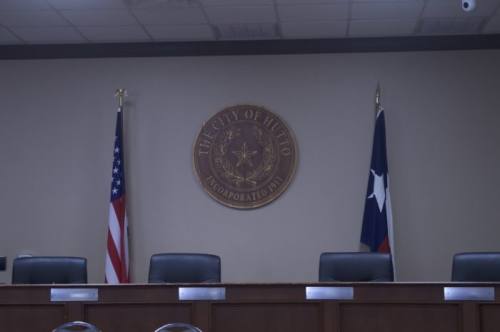 Russell Metcalf is the latest Hutto Economic Development Corporation board member to resign following what he considered "inappropriate" behavior at the Feb. 5 EDC Types A and B meeting.


"Please accept my resignation as a member of the Hutto EDC A and B Boards effective immediately. I do not believe that I can be effective any more and as a result I am taking this action. I apologize for my sudden action but this resignation is appropriate given recent events.

I have nothing but good wishes for the current board and council in their quest to create a more vibrant and economically viable business environment in Hutto. I do however disagree with the actions and approach of the staff to make that happen. I believe that the EDC needs to be an independent body providing input to the city on ways to improve our area, unfettered by the direction or influence of the City Manager. And I believe that people need to be treated with respect and fairness. The happenings at the last EDC meeting, Monday Feb 5 shows that may not be happening.

One of the staff disagreed with the City Manager and after shutting her down told her “if you want to be removed from your position right now….”. That is inappropriate in any public meeting no matter who you are. Having been an executive manager for the last 20 years, had I done that in public in front of others, I would have been disciplined. This needs to be acted on by the council.

As a result of sharing my concerns with the local news, I have received emails... saying that it was not my purpose or my place to discuss and to stop trying to undermine the city. That was the furthest from my goal. The citizens need to know what is happening given the recent departures of city employees, some after less a few weeks with the city.

And I am still uncomfortable being a member of a board that has such great influence on the city without me being a resident. I am a property owner in Hutto but not a voter in the district. And yes, the board composition is totally within State guidelines, but that is just that, guidelines. With a city our size, finding 7 people from within the ETJ should be fully possible. At present only 3 members of the EDC are in that ETJ, only 2 are in the Hutto voting district. All of them are qualified and have strong interest is seeing the best outcome for Hutto by the way.

I leave this position with no regrets. I do believe that our actions will reflect well on the community and help the citizens to realize a brighter economy with services fitting a city of Hutto’s size. I am grateful to Councilman Valdez for having the faith to appoint me in this role. It has been challenging and rewarding. I wish the EDC only the best in the future. And I again thank you for the opportunity."

“We thank Mr. Metcalf for his service. I applaud him for resigning given he is not on board with the direction of the City and our efforts to demand accountability for the expenditure of taxpayer funds," Hutto City Manager Odis Jones said in a statement Wednesday night.

Part of Metcalf's resignation letter refers to a public disagreement between Hutto Executive Director of Economic Development Susan Cates and Jones at a Feb. 5 meeting.

Metcalf's departure follows the resignation of Roger Harris from the board in January. Harris cited a lack of time that he deemed necessary to adequately perform the duties of the position.

The Hutto EDC Type B board holds a meeting Thursday night to discuss holding a public hearing on a proposed project related to the acquisition of nearly 500 acres and any related expenditures to promote new or expanded development.