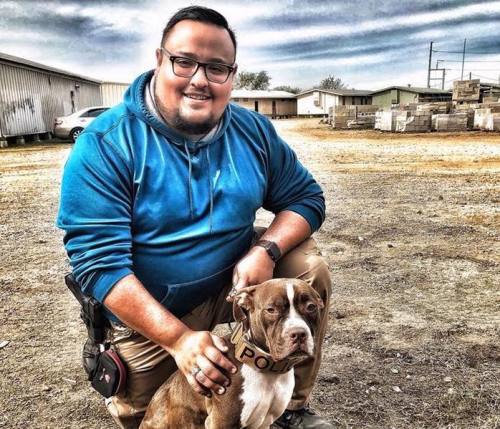 A Pflugerville shelter dog has found her place as a K-9 narcotics dog for Commerce ISD.

Coco, a 2-year-old pit bull mix, was living at the Pflugerville Animal Welfare Services shelter. Coco was briefly adopted but returned to the shelter because she was "too much" for the first-time dog owners, according to a press release from the city.

Thanks to a partnership between the shelter and Starmark Academy, a state-approved dog training certification school, Coco attended a three-month training program where she learned scent work and obedience. She then went to Universal K9 where she began training to be a police K-9.

Universal K9 looks for shelter dogs that are intelligent, energetic and have a high toy drive. Staffers then train the dogs for narcotics or explosive detection work.

"Dogs with these traits are repeatedly returned to shelters after being placed in homes, but these are the same traits that make excellent working dogs," Pflugerville Animal Shelter Director Rohnda McLendon said.

After her training, Universal K9 placed Coco with CISD, where she will serve as the district's first narcotics dog. She is the Pflugerville Animal Shelter's second dog to be placed as a narcotics dog in 2017, with two more awaiting placement any day. Three of the four mixed-breed dogs appear to be pit bull types, according to the shelter.

"There is a value in shelter dogs, and these former Pflugerville shelter dogs are making the world a safer place," McLendon said in the release.