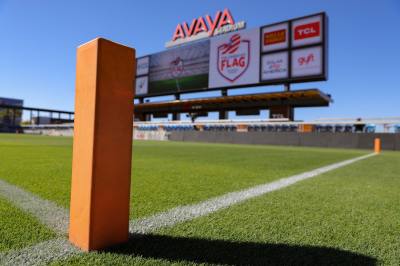 The American Flag Football League is hosting a regional tournament at the Round Rock Multipurpose Complex March 23-26.

The American Flag Football League announced Thursday that the Round Rock Multipurpose Complex will host one of five regional qualifiers for the league’s first-ever tournament in the spring.

Organizers say more than 200 teams will converge in Round Rock to compete in the 2018 US Open of Football tournament from March 23-26. From there, participating teams have a chance to advance to the final national tournament in Tulsa, Oklahoma.

Registration is now open on the American Flag Football League’s website for teams and individuals interested in participating in the tournament.

Participating teams are required to pay a $99 registration fee per team, as well as a $99 fee per player, to compete in the single-elimination tournament. Teams will be selected on a first-come, first-serve basis and registration closes for the regional tournaments March 1.