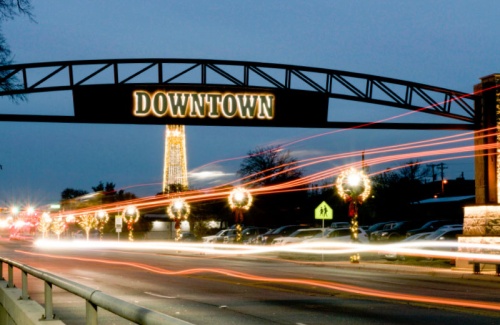 As Round Rocku2019s downtown continues to develop, residents, business owners and city officials are wrestling with the benefits of a thriving downtown scene alongside accompanying nuisances like noise.

Gordon Perez has lived near downtown Round Rock most of his life. Recently, a growing buzz has caught his ear.

“I’ll sit down at night to watch T.V. and think I’ve left the radio playing,” Perez said. “But [the music] isn’t coming from inside the house. It’s coming from the bars.”

As Round Rock’s downtown continues to develop, residents, business owners and city officials are wrestling with the benefits of a thriving downtown scene alongside accompanying nuisances like noise.

In light of this, Round Rock City Council on Feb. 28 voted 7-0 to change the city’s noise ordinance. A second and final vote will take place at City Council’s March 14 meeting.

If adopted as proposed, downtown venues would be capped at a sound level of 80 decibels—about the level of a garbage disposal—between 10 a.m. and 10 p.m. Sunday through Thursday. At all other hours, the maximum noise level would drop to 60 decibels—which is equivalent to conversational speech. The downtown ambience averages about 55 decibels, Bennett said.

Michelle Ly, owner of The Alcove Cantina and The Rock Sports Bar in downtown Round Rock, spoke to the city council on Feb. 28.

“I am on board with changing the downtown noise ordinance,” Ly said during the meeting. “But I don’t know that the business owners have had the opportunity to meet with y’all yet. I think that might help with proposed changes.”

Ly said that the Alcove, an outdoor music venue, only offers “loud” music on Fridays and Saturdays. The music is pointed toward the building rather than the neighborhood, she said.

Perez said he hopes the ordinance reduces noise but does not harm local businesses.

“As a resident of the neighborhood, I want these businesses to be successful,” Perez said. “We don’t want to put them out of business. We just want to coexist.”