Data from the Austin Police Department shows two "freedom city" policies, unanimously passed by Austin City Council one year ago, are having their intended effect, slightly reducing racial disparities in APD’s use of discretionary arrests and contributing to a sharp decrease in the number of instances in which APD officers assisted federal immigration agency Immigration and Customs Enforcement.

Council members voted June 14, 2018, to approve two policies meant to reduce racial disparities in discretionary arrests and to ensure police officers who ask about immigration status inform people of their right not to answer.

"The intent of passing the Freedom City policies is to make sure that Austin isn't needlessly dedicating police resources to separating families, to ensure that immigrants know their rights to not answer questions about their immigration status, to reduce racial disparity in arrests, and to eliminate needless arrests and jailings for non-violent offenses where a citation can be used instead," District 4 Council Member Greg Casar, who sponsored the policies, said in an emailed statement June 19. "We need to use our limited resources for public safety purposes."

The first ordinance directs the city manager to reduce racial disparities in APD’s use of discretionary arrests in lieu of citations for certain nonviolent misdemeanors.

The second requires city staff to vet and report requests made by ICE for APD resources. It also requires police officers to inform those individuals questioned about their immigration status that they have a right to remain silent.

In addition to providing resources to ICE in a handful of cases, APD also provided records—such as police reports, booking photos and birth certificates—to ICE upon request. APD provided a total of 581 records in 2018, according to a Feb. 28 memo from APD Chief Brian Manley. Between Jan. 1 and March 31 of this year, APD provided 130 records, according to a May 1 memo from Manley.

In the meantime, activists and advocates who urged council to implement the policies said there is more work to be done.

“Although we have made great progress with the Austin Police Department, we are not in a place where we feel secure they are keeping communities of color safe,” said Julieta Garibay, Texas director and co-founder of immigrant advocacy group United We Dream, in a June 13 statement issued by local nonprofit Grassroots Leadership. “This data is alarming and disheartening.”

Casar said the policies have led to "notable improvements" but also cited the number of discretionary arrests happening without a valid reason being documented as an area for improvement.

"I've spoken with the Police Department and we expect that there will be ongoing training of our officers to ensure that we stop needless arrests and properly document all arrests," Casar said. "We will see even further reduction in unnecessary arrests for non-violent offenses, and even further reductions in racial disparities, as the Freedom City policies are fully implemented.

APD is due to provide another quarterly update by Aug. 1.
SHARE THIS STORY 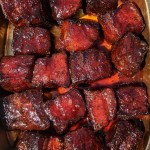 Some students are set to return to Austin ISD campuses on Oct. 5, setting up difficult decisions for parents, teachers and administrators.