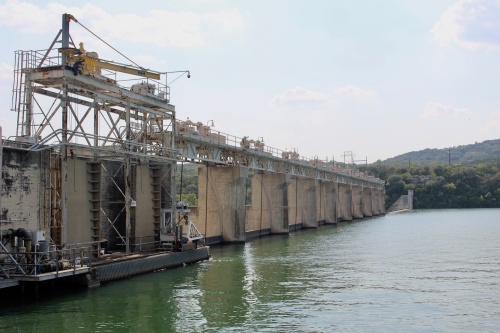 LCRA announced it is monitoring weather in relation to floodgate operations as rains are predicted for the next several days.

Updated May 9, 2:15 p.m.:
The Lower Colorado River Authority announced May 9 it would expand flood operations beyond the Tom Miller Dam in the Westlake area of Austin.

The Tom Miller Dam, which right now has one floodgate partially open, will have a second floodgate opened at 7 p.m. Thursday, May 9. LCRA will also open one floodgate each at Mansfield and Buchanan dams at 6 p.m.

The National Weather Service has also issued a flash flood watch for a portion of South Central Texas that includes Travis County that will last through Saturday evening.

#ATWX @NWSSanAntonio has issued a Flash Flood Watch for a portion of South Central Texas, including Travis, and surrounding counties. From 1 PM this afternoon through Saturday evening. Monitor later forecasts & be prepared to take action should Flash Flood Warnings be issued. pic.twitter.com/dqauZMBWty

Officials are ready to open more floodgates at dams along the Highland Lakes if necessary, and the announcement states Lake Travis will reach about 685 feet above mean sea level—roughly four feet above 100% capacity—overnight.

LCRA is closing an 11-mile portion of northern Lake Travis to nighttime recreational boating because of a large flood debris field.

"The affected area is an 11-mile portion of Lake Travis from mile marker 31 upstream to Starcke Dam, and a nine-mile area of the Pedernales River from the confluence with the Colorado River to the Highway 71 bridge," the announcement states, adding daytime boating is not restricted, but boaters are still advised to use caution.

Partial Lake Closure: Effective at 5pm, a portion of north Lake Travis will be closed to nighttime recreational boating because of a large flood debris field.

Original post May 8, 5:16 p.m.:
The Lower Colorado River Authority issued a statement Wednesday afternoon, May 8, stating only one floodgate is partially open at the Tom Miller Dam in the Westlake area, but that could change with potential coming rainfall.

LCRA is closely monitoring weather and inflows pertaining to the Highland Lakes and is ready to open additional floodgates at other dams in the chain if necessary.

“LCRA projects that over the next one to two days, Lake Travis will rise to between 684 and 685 feet msl (mean sea level), three to four feet into the lake’s flood pool,” the statement said.

Information from LCRA states flows in the Colorado River below Lake Travis continue to be high, with most locations at or above bank full. Officials will continue holding floodwaters in the flood pool of Lake Travis until conditions lessen downstream so as not to exacerbate the situation.

“The potential for flash flooding continues to be high, and we encourage everyone to remain alert to local conditions and to be ready to take action to stay safe,” the LCRA said.

For up to date information on flood operations from LCRA, click here.