Rollingwood restricts use of specific pesticides on city property 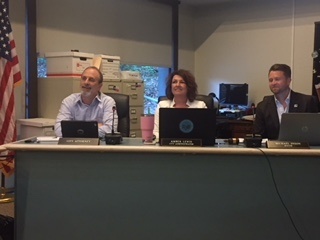 Rollingwood City Council during its March 27 meeting passed a resolution banning the use of certain pesticides on city property.

Rollingwood City Council passed a resolution March 27 to restrict the use of certain chemicals on city-owned land that can adversely affect public and environmental health.

The resolution states the new policy seeks to limit exposure of its citizens to potentially cancer-causing chemicals and that pesticides be used only as a manner of last resort after structural, cultural and biological pest controls and least-toxic products are used first.

"The community of Rollingwood has a value of being health conscious," City Administer Amber Lewis said. "I think City Council passed this resolution in line with those values."

Specifically, the city has targeted the chemicals glyphosate, and chlorpyrifos- and neonicotinoid-based pesticides, which the Environmental Protection Agency deemed to be associated with developmental disabilities and other health problems in children, according to city documents.

The resolution also states chlorpyrifos if touched, inhaled or ingested may cause birth defects, fetal deaths, cancer and DNA damage, and glyphosate has been labeled as a possible carcinogen to humans.

Likewise, neonicotinoids can be long-lived in plants and soil, and exposures can be devastating to insect pollinators, which in turn can cause detrimental impacts to agriculture sectors and put food security and ecosystems at risk, the resolution states.

Per the requirements of the resolution, city staff will notify lessees and all contractors performing weed and pest abatement activities for Rollingwood to end its use of chlorpyrifos and neonicotinoid pesticides and limit use of glyphosate.