The Pflugerville ISD school board previewed Jan. 21 proposed boundary changes ahead of three new campuses coming online by the 2022-23 academic year. The Jan. 21 discussion followed four town halls, and several residents spoke out against the proposed changes, which aim to mitigate overenrollment and misaligned feeder patterns.

The proposed changes come in response to overcrowding in certain district campuses and the need for realignment in others, said Brian Dawson, the area executive director of PfISD's Wolf Learning Community. 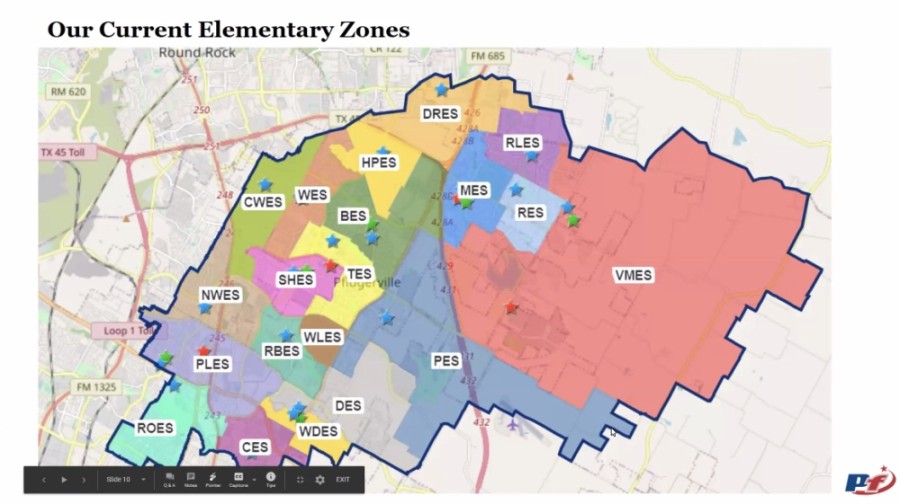 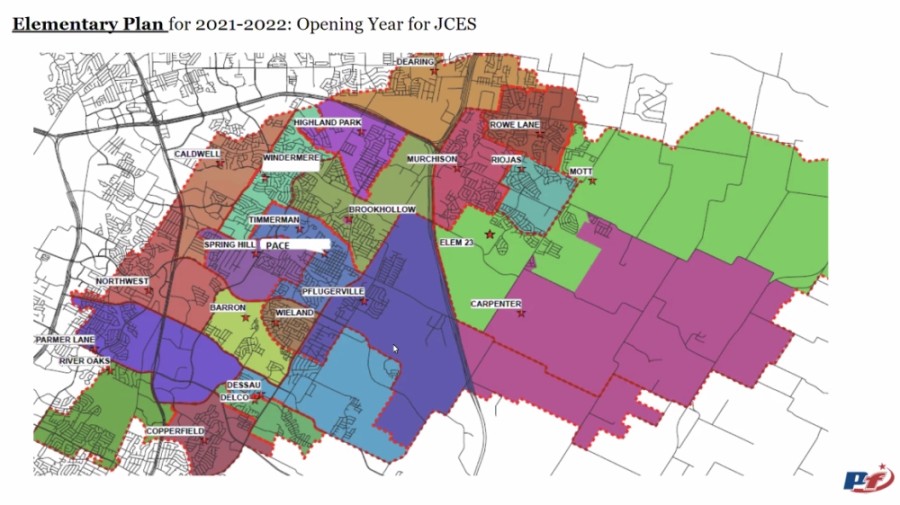 If the proposals are approved as presented, the following campuses will be impacted for the 2021-22 school year: 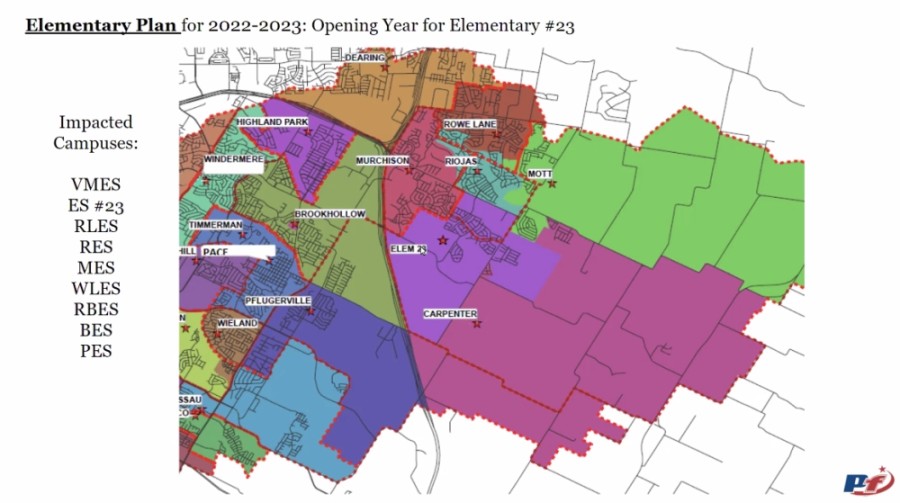 For the 2022-23 academic year, the following campuses will be impacted by current proposals, if approved:


Similarly, there are several proposed changes for PfISD middle schools with the addition of Bohls Middle School. The following maps highlight proposed attendance changes for the 2021-22 school year: 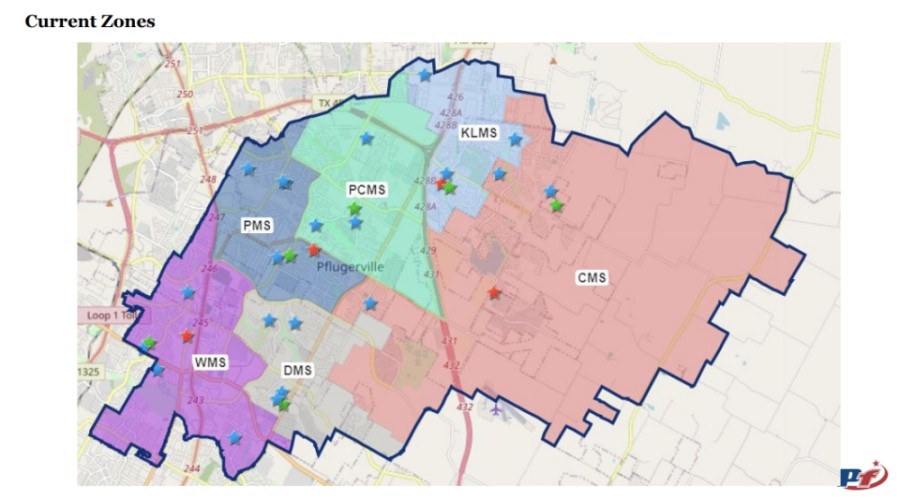 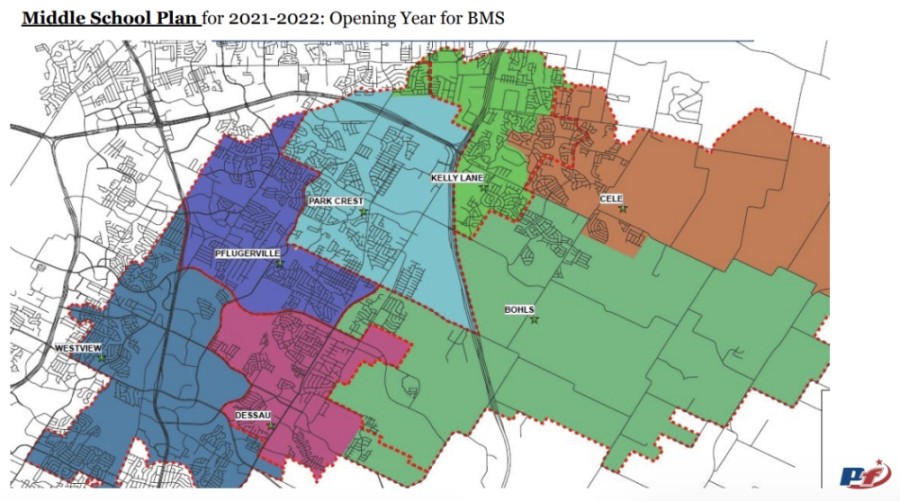 If the proposals are approved as presented, the following campuses will be impacted for the 2021-22 school year:

Amanda Dean is an Avalon resident and a parent of a kindergartener at Riojas Elementary. While her address is not impacted by the proposed changes, she said she stands in solidarity with parents proposed to send their children to Mott Elementary instead.

Many families purchase homes specifically to align with their preferred school campuses, she said. Splitting Avalon between Riojas and Mott does not follow the guiding principles established by the district during this proposal process, she said.

Heather Smith's house falls in line with the proposed move from Rowe Lane Elementary to Riojas Elementary. The proposal is not ideal on three grounds, she said: geography, numbers and splitting the neighborhood.

From a geographic standpoint, Smith said Riojas Elementary is twice the distance from her house as Rowe Lane. Of approximately 50 elementary school students in her neighborhood, nearly half would not continue to attend Rowe Lane alongside their fellow classmates.

Being overcapacity might not be ideal, but neither is splitting up neighborhoods, Smith said.

Residents are still welcome to submit questions to the rezoning subcommittee via PfISD's Let's Talk app.

"We are a fast-growth district, and so we encounter this scenario every couple of years, and it is never easy in Pflugerville or any other district," board President Vernagene Mott said. "Residents and homeowners take pride and ownership in their community and the neighborhood situation, and we're doing the best we can."