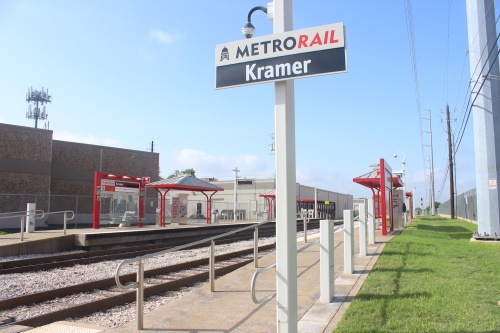 The Kramer MetroRail station is one of several Capital Metro transit centers that has a bike shelter.

As of Aug. 1, Capital Metro is no longer charging riders an annual fee to store their bicycles in the transit agency's MetroBike storage shelters, according to a news release.

The agency has bike shelters at the Lakeline, Kramer, Highland, MLK and Plaza Saltillo MetroRail stations as well as at the Tech Ridge Park & Ride and the South Congress Transit Center.

Riders previously had to pay a $30 annual fee to use the shelters but will now only have to pay $3 to register for an access card to the shelters. The card expires every two years and requires a new $3 fee to renew, according to a news release.

Bike shelters allow transit riders to store their bikes in a secure area that has 24-hour video surveillance as well as seating, an air pump and work stand and tools for minor repairs, according to Capital Metro.
SHARE THIS STORY