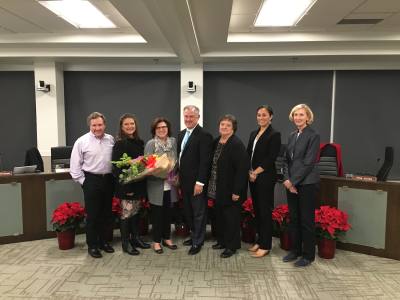 The public is invited to hear from four candidates interviewing for the top spot at Capital Metro, the city of Austin’s transit agency.

A public forum is set for Jan. 8 from 6-8 p.m. at Austin ISD’s Performing Arts Center at 1500 Barbara Jordan Blvd., Austin, in the Mueller development. Access to the meeting is available through Capital Metro bus routes 37 and 320 as well as from the MLK MetroRail Station via the agency’s new ridehailing transit app.

The forum begins with remarks from each of the four candidates who will then answer questions from the public. Public relations consultant, and former CBS Austin anchor, Ron Oliveira, is moderating the forum.

There will be no open mic for questions, residents were permitted to submit questions ahead of time.

If residents are unable to attend the meeting in person, the forum will be live-streamed on Capital Metro's Facebook page.

Capital Metro’s board of directors is holding a specially called meeting Jan. 9 to name the new president/CEO and will approve the contract at its regular board meeting Jan. 29.

During its December meeting, the board announced the four finalists:


The announcement will come just a few weeks after former President/CEO Linda Watson officially retired Dec. 31. She announced her retirement in July.