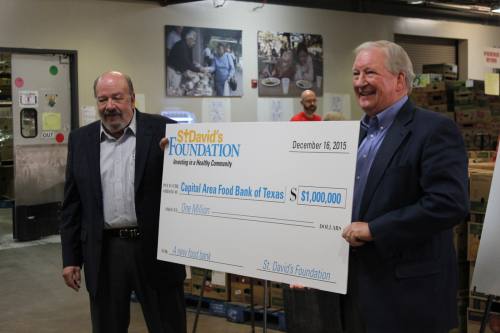 Maxwell became CEO of the organization in 2007; prior, he had served as a board member since 1999.

The foundation, which reinvests proceeds from the St. David’s HealthCare hospital system into communities in the five county area surrounding Austin, has grown significantly under Maxwell’s leadership, Pincoff said.

"When Earl became CEO at the Foundation, we were making grants of about $9 million each year,” he said in the release. “In 2019 we plan to invest about $82 million in the central Texas area, placing St. David's Foundation among the top 10 health-related philanthropies in the country."

The St. David’s Foundation’s executive committee will serve as the search committee beginning in January 2019 with the assistance of a search firm.

“It has been my privilege and honor to lead the Foundation," Maxwell said in the press release. "I feel that we are well on our way to achieving our vision of making Central Texas the healthiest community in the world."