BREAKING: University of Texas Board of Regents approves lease of section of Brackenridge Campus from Central Health 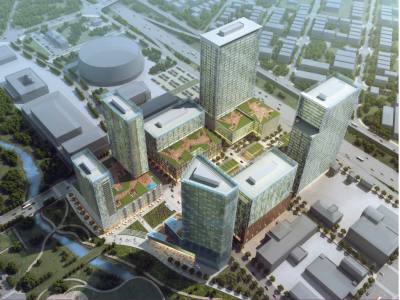 The lease of two sections of Central Health's Brackenridge Campus raises questions over redevelopment plans for the remainder of the campus.

The University of Texas Board of Regents voted unaminously Tuesday to lease a portion of the downtown Brackenridge Campus adding to the uncertainty surrounding Central Health’s redevelopment plan.

The two tracts leased included Block 164 as well as Block 167, a tract on 15th Street, which includes the original hospital tower.

On Feb. 21, Central Health’s Budget and Finance Committee recommended the lease of the portion of the campus as a cost-saving measure, as long as the tracts that are leased are used for health-related purposes.

Amid the lease of portions of the campus, questions have arisen over how Central Health will move forward with its redevelopment plans for the rest of the campus. Original plans, which were developed with public input, included space for a market, medical facilities and potentially affordable housing units.

At the same Feb. 21 Budget and Finance Committee Meeting, Central Health also announced the termination of its agreement to work with Wexford Science & Technology LLC , the site’s master developer. The master developer was chosen in Oct. 2017.

Central Health maintains its ability to redevelop the remaining tracts of property, a press release following the Feb. 21 meeting stated.

"I commend our board for having the foresight to give Central Health flexibility in pursuing a number of redevelopment options, whether it’s working with a master developer or redeveloping the campus tract by tract," Central Health CEO Mike Geeslin stated in the press release.