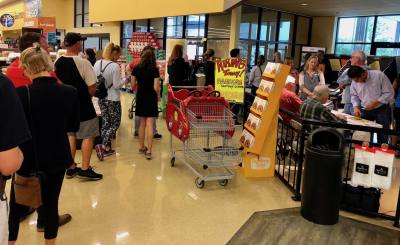 The last time PfISD voters saw a bond proposal on the ballot was during a special election in May 2014. About 69 percent of 4,353 total votes cast were in approval of the $287 million 2014 bond, according to Travis and Williamson County official election results.

Even with much higher voter turnout PfISD’s bond proposal maintained a similarly significant lead with totals from Travis and Williamson counties showing about 66 percent of voters in approval and over 43,000 total votes cast. The results, as reported by Travis County are official. Williamson County results, which include a small portion of PfISD, are unofficial until canvassed.


The $332 million 2018 bond, aimed at addressing the district’s growth, includes over $140 million for two new elementary schools and one new middle school.

PfISD Superintendent Doug Killian said he was pleased with the election results and the work that went into forming the bond proposal.

“We’ll have the facilities we need to accommodate the growth in our area for the next several years, and our existing facilities will be a source of pride for our students and staff,” he said. “The bond program was the result of several months of thoughtful planning by our board of trustees and the district’s citizens facilities advisory committee, and I am so grateful for their time and dedication to our students.”

Because PfISD is nearly finished with projects from its previous $287 million bond issued in 2014, the latest bond focuses primarily on new construction and updates to aging facilities but also includes  funding for career and technical education, fine arts, athletics and transportation improvements.

Part of the appeal of the 2018 bond proposal was that it was formed under the assumption that the district’s tax rate will stay the same or decrease in the future, PfISD Chief Financial Officer Ed Ramos said in an interview with Community Impact Newspaper in August.

A separate ballot item, Proposition B, was also passed Tuesday, according to unofficial results, that resulted in the reduction of the school district’s tax rate from $1.54 to $1.52 per $100 valuation.

Because PfISD is nearly finished paying off debt from the 2014 bond, the district can seek funds from the Texas Education Agency’s Golden Pennies program, which rewards districts that pay off debts in a timely manner.

PfISD’s property tax rate is composed of a maintenance and operations, or M&O, tax rate, and a debt services tax rate, which goes toward paying off bond debts.

Having an M&O rate of $1.06 will trigger $4 million in state funding annually from the Golden Pennies program, Ramos said.

Here is a breakdown of the bond in the categories outlined by the PfISD Citizens Facility Advisory Committee.