Study: Less than half of Central Texas kindergarteners were prepared for school in 2017 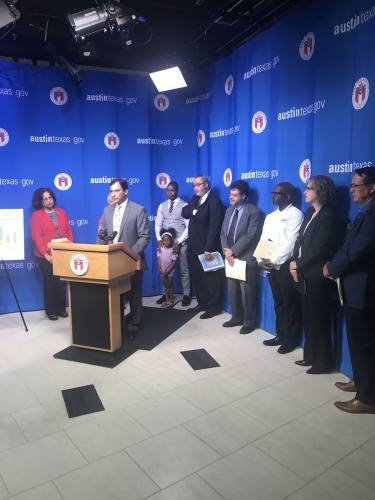 Fifty-one percent of Central Texas students were unprepared for kindergarten in 2017, a new report finds.

The findings were presented at news conference held June 7 by the Community Advancement Network, a consortium of government, private, nonprofit and faith-based organizations that collaborate to gather data on socioeconomic indicators in Travis County. School preparedness indicators include social, emotional and cognitive skills deemed appropriate for kindergarten-aged students, according to E3 Alliance, an Austin-based education research group.

“The achievement gaps [between low-income and non-low income students] have narrowed in terms of high school graduation,” Alvarez said. “But what we see in the early childhood is we could lose some of those gains if we don't address this issue as children are entering our school system.”

A study by E3 Alliance referenced in CAN’s annual report found 35 percent of low-income students in Central Texas were prepared for kindergarten in 2017 compared to 60 percent of non-low income students.

“We need to focus more on what happens with our kids from [ages] zero to six. It means we have got to support programs like Head Start and quality child care that includes learning as well,” Travillion said. “This is a challenge that we're confronted with and we're going to have to address as a community if we want this region to continue to be competitive.”

Other initiatives in the area CAN identified as critical to improving kindergarten preparedness are The United Way of Greater Austin’s School Readiness Action Plan, E3 Alliance’s Blueprint for Educational Change and a mentorship program called Friends of the Children.

School preparedness was one of many socioeconomic indicators evaluated by CAN. View the organization’s full 2018 annual report here.