HomeAway continues to grow its presence in Austin, add jobs 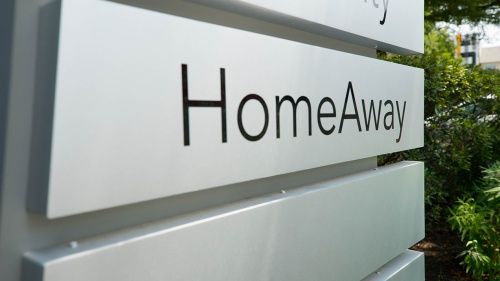 HomeAway opened its second Domain office July 31 and plans to move into a 17-story office tower that is currently under construction.

On Tuesday, vacation rental company HomeAway announced the opening of its latest office in the Austin market.

The newest 20,000-square-foot space at 11501 Domain Drive, Ste. 100, Austin, adjacent to the Rock Rose district, makes it the second office the company has at Domain Northside.

It also occupies space at 11800 Domain Blvd., Austin and will occupy a 16-story office building under construction at 11800 Alterra Parkway. That building, when it opens in 2019, will complete a three-building campus at The Domain that could accommodate more than 3,000 employees, according to HomeAway.

HomeAway now has a total of six offices in Austin, including an office off Research Boulevard in Northwest Austin, in downtown Austin and in South Austin. The company moved into the existing Domain Northside office in October 2014

Features of the new office include space-age-themed meeting areas, futuristic cubicles and a cold-brew kegerator, according to a news release.

In 2016, the company was bought by Expedia but continues to be headquartered in Austin. Over half of its 3,000 employees work in Austin, and the company is actively hiring to fill about 60 positions, including for engineers, data scientists and designers.