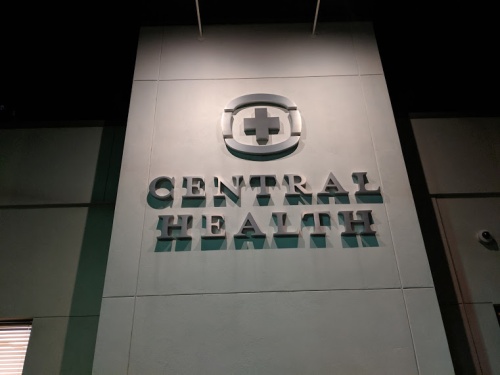 Central Health officials adopted the higher of two maximum property tax rates discussed at a budget preview after expressing concerns over financial forecasts in the near term.

The Board of Managers on Aug. 28 voted to adopt a maximum property tax rate of $0.105573 per $100 valuation for its 2019-20 fiscal year budget. That rate is a 6.9% increase over the effective tax rate. The effective tax rate is a rate that would generate the same amount of tax revenue if applied to properties taxed in consecutive years, according to the Texas Comptroller of Public Accounts.

Central Health expects the tax rate to generate $214.9 million in property taxes, according to budget documents from the agency.

At its Aug. 21 meeting, Central Health managers were shown seven-year forecasts for two effective rate increases: 6.3% and 6.9%. During that budget discussion, managers mulled over the prospect of lower cash reserves that a 6.3% effective rate forecasted.

“If we go with 6.3% it does weaken us … over time,” manager Charles Bell said Aug. 21. “I’m not sure that with all of the other risks that we would face over the next three to four years that would be sufficient to cover us and the issues that we might face.”

Managers Shannon Jones, Cynthia Valadez and Board Chair Guadalupe Zamora all voiced support for an increase of 8% over the effective rate before the vote. Zamora and Jones both pointed to property tax revenue caps placed on its governmental partners—the city of Austin and Travis County—as a cause for concern.

Central Health’s budget and tax rate moves to the Travis County Commissioners Court for final approval. A vote on the health care district’s budget is expected Sept. 24, according to an Aug. 28 news release.

Ahead of that final vote, Central Health has scheduled two public hearings on the tax rate and budget Sept. 11 and 18. The Board of Managers will hold a vote to adopt the health care district's tax rate on Sept. 25.