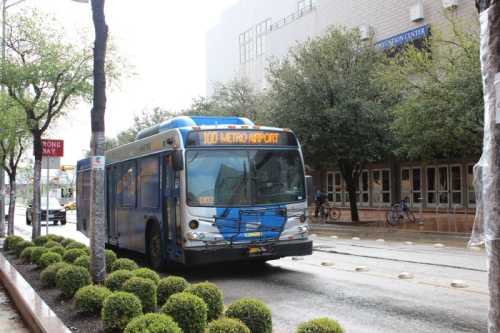 Changes to more than half of the Capital Metro's bus routes are included in the agency's fiscal year 2017-18 budget.

The city of Austin’s transit agency hosted two public hearings Wednesday—one at noon and a second later at 5:30 p.m.—to gather final input before putting the proposed changes before the board Nov. 15 for a vote. If approved, the changes would take effect June 3.

Of Capital Metro’s 82 bus routes, 38 routes would not have changes under the proposal, Capital Metro planner Lawrence Deeter said. Some routes will see minor changes, such as increased frequency or slight realignments to make them straighter. However, others will have more significant changes, such as eliminating duplicate routes.

The biggest change is increasing bus frequency on 10 routes.

On Oct. 24, staffers updated the board with changes to the initial proposal based on input from riders. Before making changes, staffers had to make sure they would be budget neutral, Deeter said.

“This means we sometimes had to balance change with a reduction elsewhere in the network,” he said.

Some of those changes include retaining bus service, including Route 383 to Anderson Mill and Lakeline in Northwest Austin, Route 392 in North and Northeast Austin, Route 315 to the Oak Hill shopping center and Route 5 to Criss Cole Rehabilitation Center.

On Wednesday, riders from throughout Austin discussed how the proposed changes would negatively affect their ability to get to work, school and health care facilities.

Twelve students from O. Henry Middle School located off Exposition Boulevard asked the board to consider retaining routes 21 and 22 that run through Tarrytown and over to East Austin. Many students said the school bus is not a viable option, because it can take up to an hour longer to get home than using a Capital Metro bus and they would miss practice for sports.

“I ride it every day to get home, and it would be really hard for my mom to come and pick us all up from school,” student Harry Ross said.

Of the 17 routes proposed for elimination, 15 of those routes would be served by other bus routes, and only two routes would lose service.

Some users of MetroAccess, the agency’s paratransit service for people with disabilities, would lose service, including Min Liu, a University of Texas professor who lives in Oak Hill. Liu said if she loses her ability to ride transit, she cannot get to work or her rehab appointments.

“This is exactly the kind of service that is money well spent,” she said.