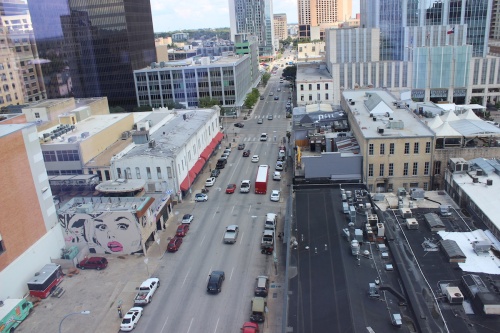 The goal of Austin's $720 million mobility bond would be to improve traffic flow.

In a memo sent to staff Wednesday, the city’s assistant city manager outlined the next steps to implementing the $720 million bond program voters approved Tuesday.

Staffers will come to the council by the end of the year with a midyear budget amendment to hire additional staff and resources as well as to fund the first few projects, such as sidewalks and bikeways, according to the memo.

“Once the city has conducted the necessary implementation planning, staff will return to council in early 2017 for a second midyear budget amendment request to fund additional bond implementation, including work in all categories—regional, corridor and local mobility,” Goode wrote.

The city issued a solicitation for a third-party corridor consultant to assist staff with analysis of the bond program and other activities related to developing the Corridor Construction Program. The council likely will approve the consultant at a meeting in February. Staffers will also update the council in early February with recommendations for council oversight of the bond program and will continue to update council members through briefings and reports.

Most bond funds—$482 million—will go toward implementing parts of the city’s seven completed corridor plans as well as studying a new corridor plan in South Austin. Another $101 million will fund regional mobility projects, and the remaining $137 million will be spent on local road projects and implementing parts of the city’s sidewalk, bicycle, urban trails and fatality-reduction plans.

The city of Austin will issue $250 million in bonds without raising the debt service tax rate and issue the remaining $470 million by raising that tax rate by an estimated 2.25 cents per $100 taxable valuation. Mayor Steve Adler has previously said he would like to complete the bond program in about eight years. On Election Night, Adler said he would like the first projects implemented to be safe routes to school. Each council district will receive $2.5 million to put toward those projects.

Council Member-elect Jimmy Flannigan, who beat out incumbent Don Zimmerman for the District 6 seat in Northwest Austin, said he wants to start having public meetings as soon as possible—likely in early 2017 after the holidays—to engage residents on these priorities and other mobility projects.

“We know to do everything will be more than the resources we have,” he said. “The actual details [of projects] will be a balance of what we think we can do and the money to actually do it.”

Some opponents are not losing hope that they could still weigh in on its implementation.

“Even though there may be more questions than asphalt in the plan, I think it shows the people want something done,” said Andy Hogue, communications director for the Travis County Republican Party.