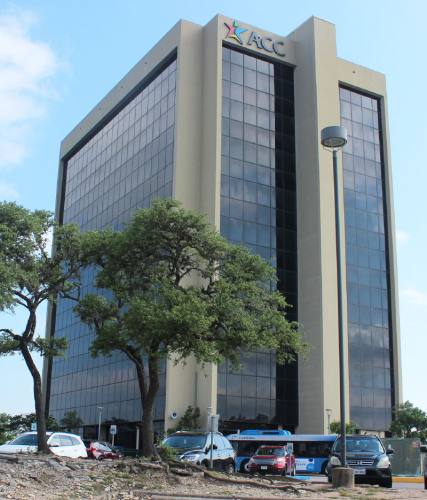 Austin Community College will hold community conversations in Southwest Austin about the future of its Pinnacle campus.

The Austin Community College district will host two community conversations in Southwest Austin to hear from the public about ACC’s Pinnacle campus.

According to the community college district, the meetings—which will have dates, times and locations announced in the future—will be held sometime before ACC begins its winter break Dec. 23.

The campus closed after the spring semester in 2018 because, according to district staff, the building constructed in 1984 originally as an office complex needed significant repairs. In April 2019, trustees authorized ACC President Richard Rhodes to post the building and the roughly 9.5-acre tract of land it sits on for sale. The piece of property up for sale sits adjacent to a 46-acre portion of the Pinnacle campus, which the college also owns. According to ACC, there are no plans to sell the 46-acre tract of the campus.

The conversations with members of the public in Southwest Austin will include ACC’s south regional advisory committee, made up of 11 community members appointed by trustees who are tasked with strengthening the link between the ACC and the community, according to the community college’s website.

Rich DePalma, a Southwest Austin resident and member of the south regional advisory committee, spoke to the board at its Oct. 7 meeting and urged trustees to look into options such as public-private partnerships and conducting a housing market analysis in order, he said, to “make an informed decision about what’s best for students in Southwest Austin.”

Trustees were scheduled to vote on the sale Oct. 7 but decided to take no action at the meeting after discussion of the negotiations in executive session.