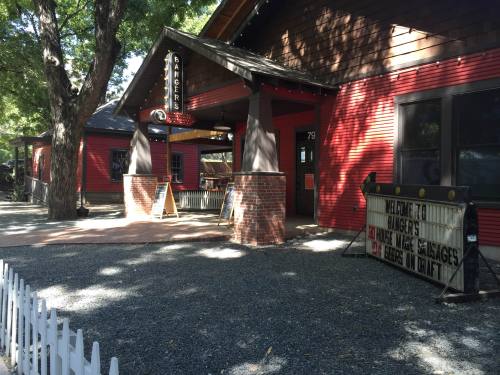 The team behind Banger's Sausage House & Beer Garden have more expansion plans in the works.

Expansion of the restaurant and bar destination at 79 and 81 Rainey St. includes a new outdoor porch area as well as upcoming changes to the kitchen. There are also plans to construct another building next door to the existing Banger's; however, the details of that project are still being finalized, owner Ben Siegel said.


Kitchen renovations will begin soon to expand the capacity from being able to serve 150 to 200 patrons at a time to 500 to 600 patrons. However, Siegel said there are no current plans to increase the number of seats at Banger's to 600.

The larger kitchen capacity will help reduce long lines and wait times on weekends and during brunch, he said. Currently patrons waiting in line will see available seats and may become frustrated they are not being seated; however, Siegel said restaurant staffers were seating patrons based on kitchen capacity.

A mobile kitchen will be brought in while renovations occur so operations can continue as normal, Siegel said. The dog park will temporary close to make room for the mobile kitchen, and the park and new kitchen are slated to open in mid-August.

The second building Siegel has planned will be under the same ownership, share a liquor license with Banger's and be an extension of the restaurant with unique aspects to it, he said.

The Banger's team will also celebrate its three-year anniversary with a party set for Aug. 1. Doors will open at 11 a.m. with live music, four pigs cooked four different ways and an extensive beer list offered until midnight.

NOW OPEN—Austin Food Tasting Network launched in April providing those with curious taste buds a tour through some of Austin's eatery corridors. Tours are currently offered on Saturdays, but the team plans to begin offerings tours Tuesday through Sunday in the future. The walking tour lasts 2 1/2 to three hours with the price of food at each stop included in the ticket. The office at 100 Congress Ave., Ste. 2000, is open by appointment only. 512-774-4525

NOW OPEN—Nanny service Windsor House Nannies began serving the Austin area in April. The online-based provider matches professional nannies who have been thoroughly screened with families who need care for their children. 512-831-6677

CLOSINGS—Luby's, at 1616 E. Oltorf St., closed July 15. A spokesperson for Luby's said the location was closed since the Slaughter Lane location was nearby. No new locations are planned for Austin at this time.