Cy-Fair ISD increases salaries across board

Incoming Cy-Fair ISD teachers will be among the highest-paid starting teachers in the surrounding area starting this fall following the passage of the 2014-15 district budget in May.

The board of trustees then increased the annual starting salary to $50,025 for the 2014-15 school year to stay competitive with area districts and keep up with rising employee costs.

"We feel that teachers are the lifeblood of the school district," Chief Financial Officer Stuart Snow said. "They are the ones on the front line, and we want to compensate them well enough so that they want to stay here and not move to another district."

When CFISD announced its intention to raise the annual starting salary for teachers, district administrators learned a lot of other districts in the area wanted follow CFISD's lead, Snow said.

"In fact, some of the districts have already adopted their budget with a $50,000 starting salary," he said. "When I presented the budget at the May board meeting, we asked the board to approve a budget that was $50,025 because we wanted to distinguish ourselves from the rest of the districts."

"If you look at our district, we are the largest district in the state where every campus received a 'met standard' criteria from the state of Texas," Superintendent Mark Henry said. "I think our teachers are performing to a high level and certainly deserve this. I would even say we would love to recommend more, but this gets us in a great competitive position in this region."

Mary Stoner, president of the Cy-Fair chapter of the Texas State Teacher's Association, said she believes offering a competitive starting salary for young professionals will make the district a more desirable place to work.

"We appreciate the salary increases recently approved not only for our professional staff, but also for all other employees as well," she said.

Since the Houston area has a healthy and competitive job market, attracting and retaining professionals will remain difficult for all school districts, Stoner said.

"A starting salary of $50,000 may draw young professionals into the field of education, but whether or not it is enough to keep teachers in the classroom is another story," she said. "Young educators realize very quickly that earning $60,000 after years and years of dedicated service is not logical when they could be making $70,000 along with a sizeable compensation package in another field after five years."

Chairita Franklin, assistant superintendent of human resources, said the district does a good job of bringing employees into the Cy-Fair family, which is one quality that makes it a desirable place of employment.

"The district, even though it's as large as it is with 14,000 employees, has elements of connections that help make our culture strong throughout the district and [show we are] taking care of our family," she said.

"We want to let them know they are valued, and money is one indicator of that," she said. "We also grow our teachers with [support staff and professional development]."

Stoner said she hopes the district will continue to recognize and reward experienced teachers.

"Keeping these veteran educators in our schools is the foundation of the campus team it takes to educate our students, mentor new teachers and give every child the opportunity to succeed," she said. 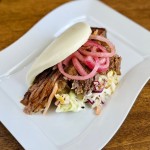