Many stores in downtown New Braunfels were still closed. Hundreds of homes and businesses were still without power or were experiencing rolling blackouts. 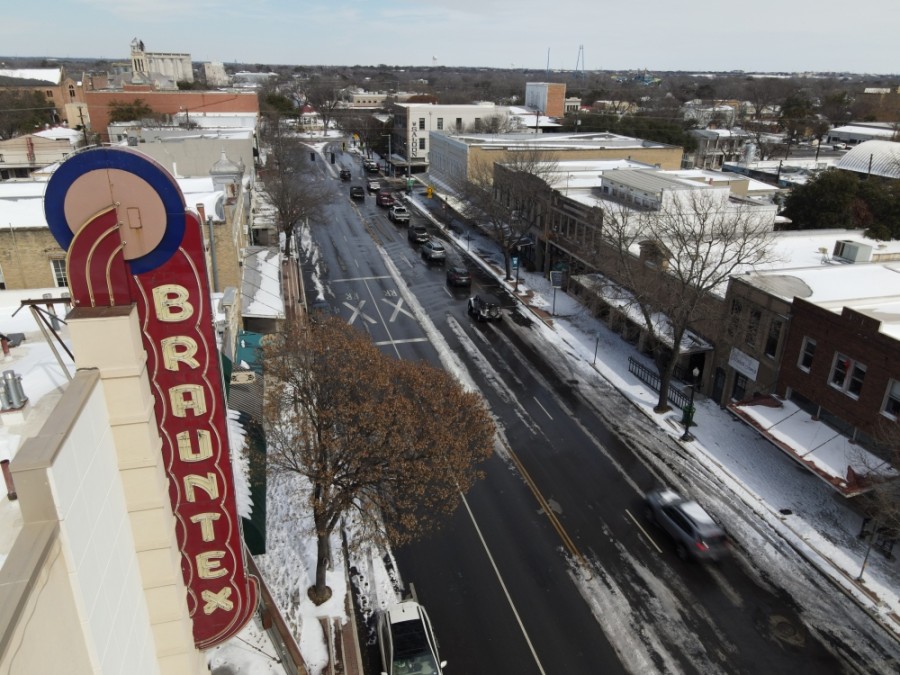 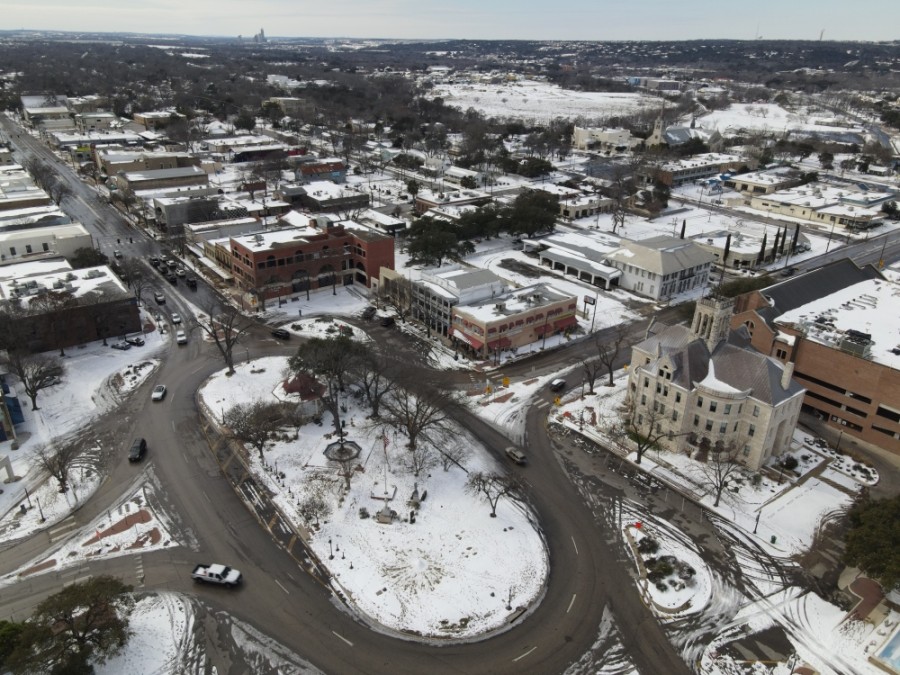 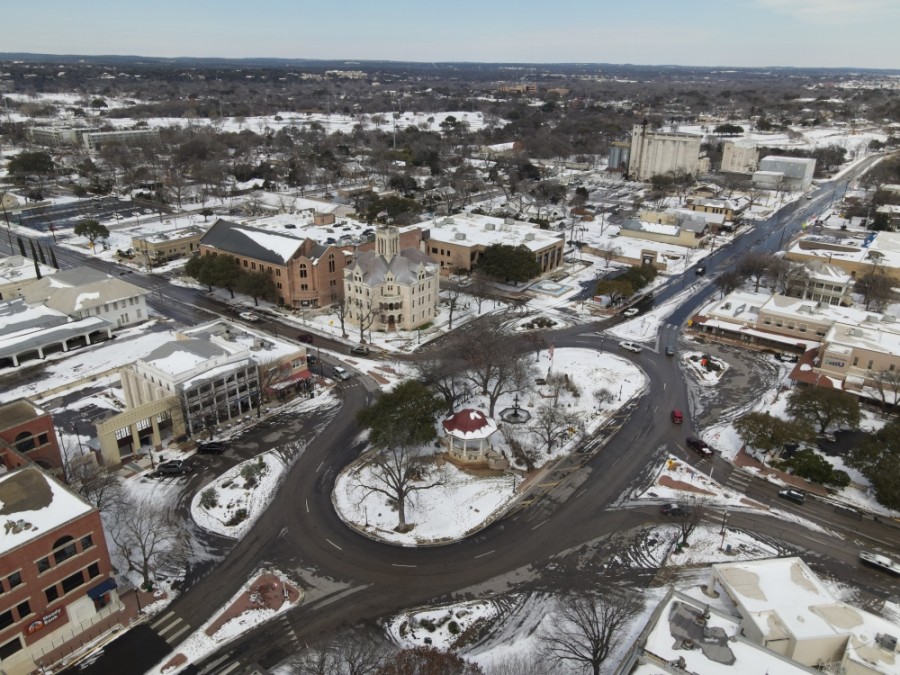 The Comal River Tube Chute, which typically hovers around 70 degrees year-round, was sending steam into the winter air. 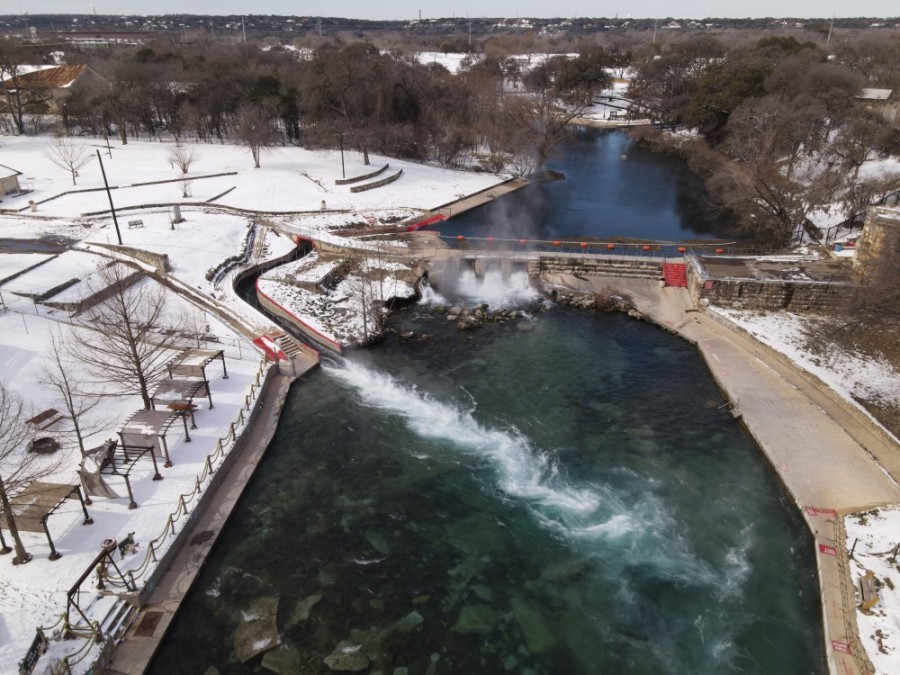 Wursthalle at Wurstfest was rebuilt in 2020 after a fire in 2019 destroyed it. Due to the coronavirus pandemic, the annual event was canceled last year. 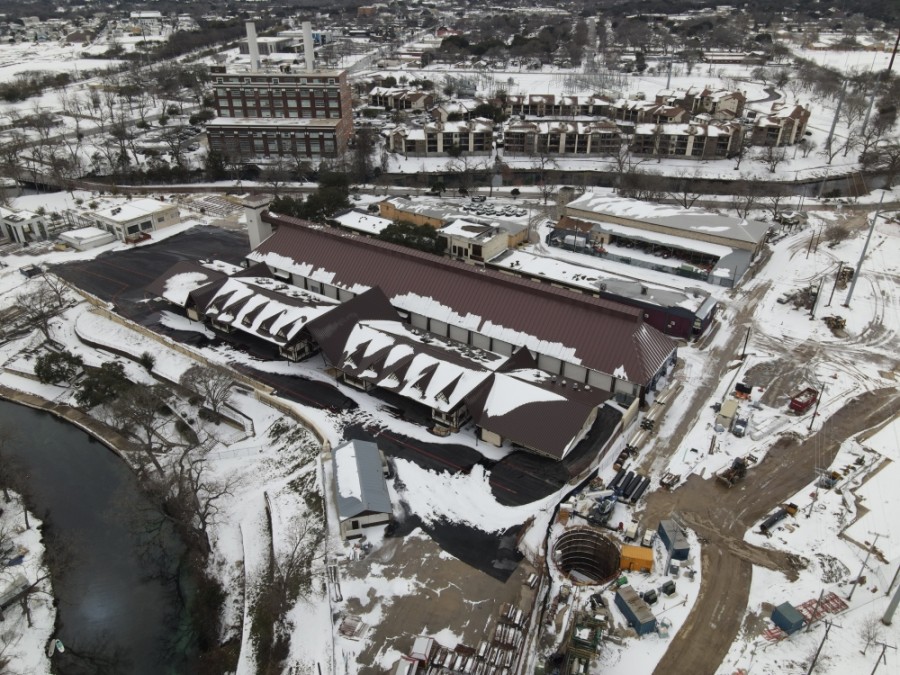 Landa Park's roads were relatively clear, but snow covering the park has yet to melt. 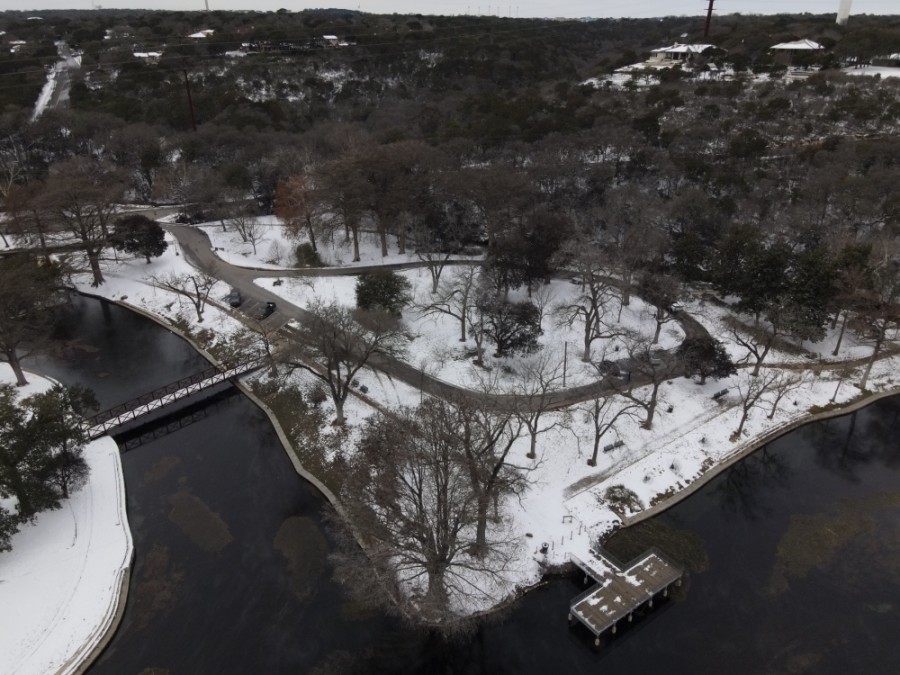 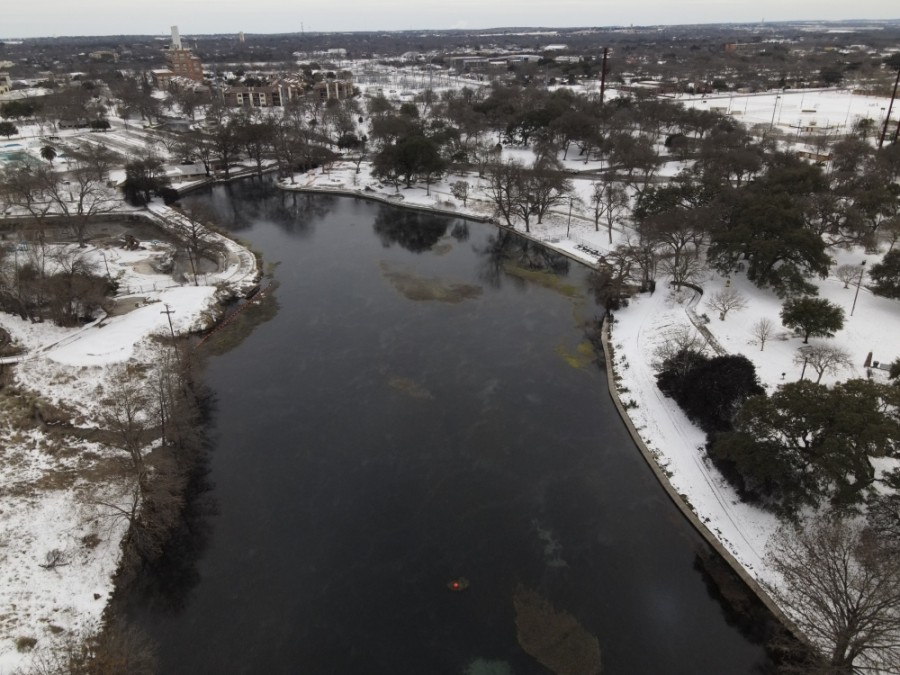 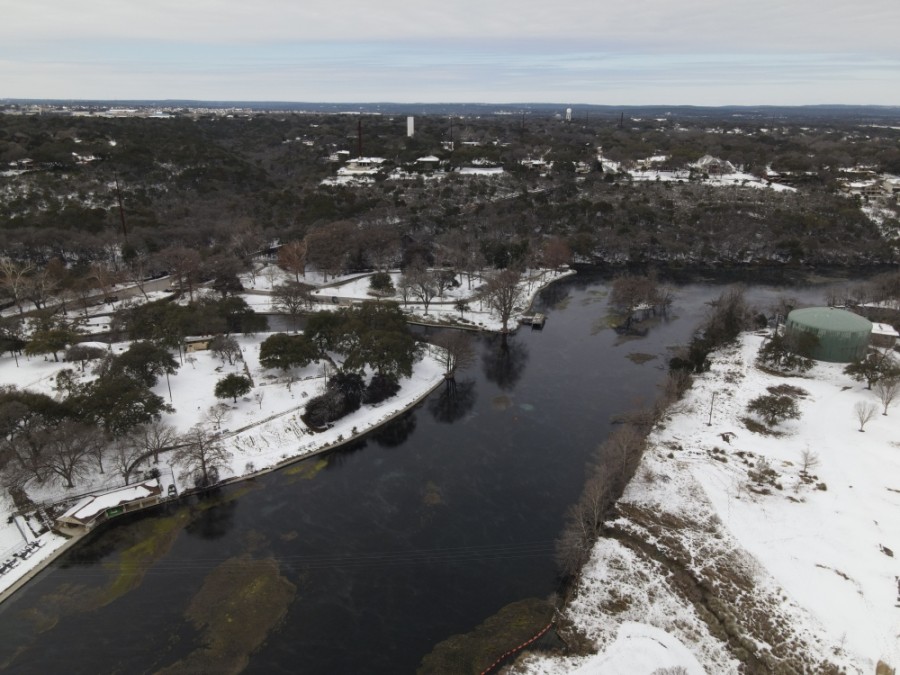 The fairway and greens at Landa Park Golf Course were buried under the weekend's snowfall. 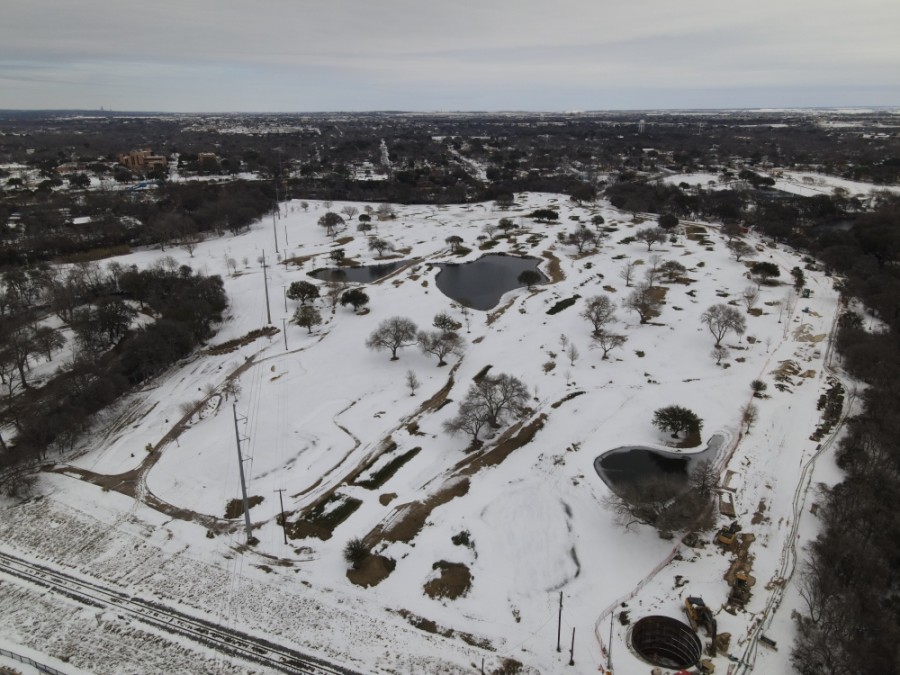 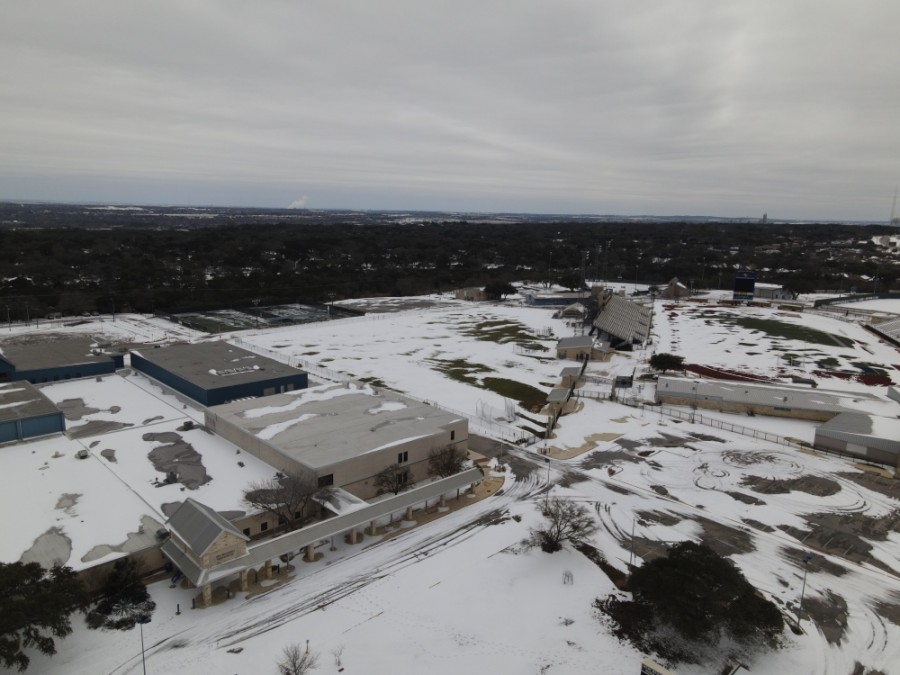 The football field at Unicorn Stadium was mostly covered with snow Feb. 16, as were the stands. 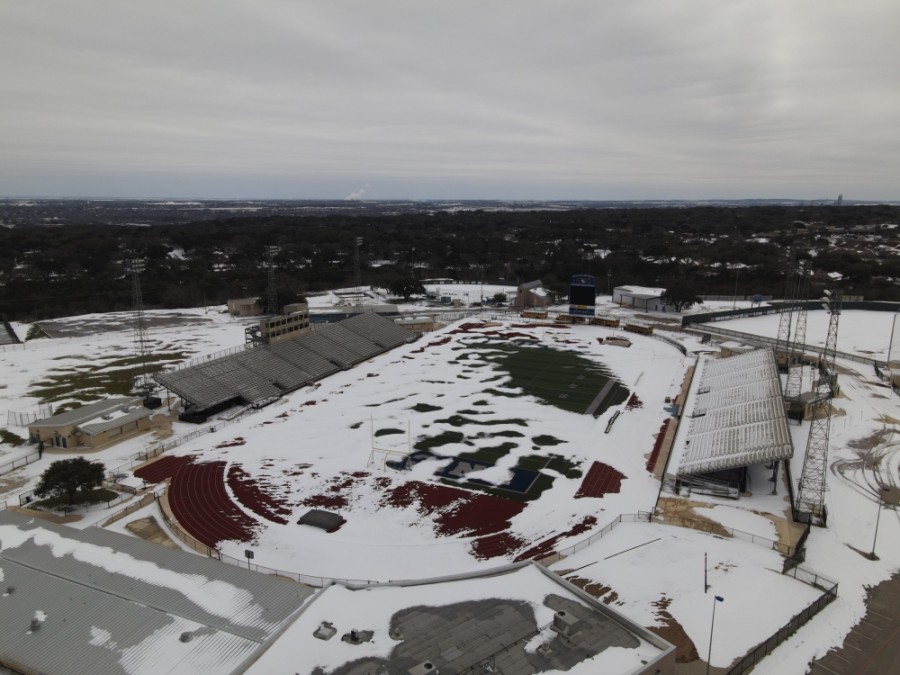 Loop 337 was partially cleared of snow and ice, which allowed traffic to move at a cautious pace. 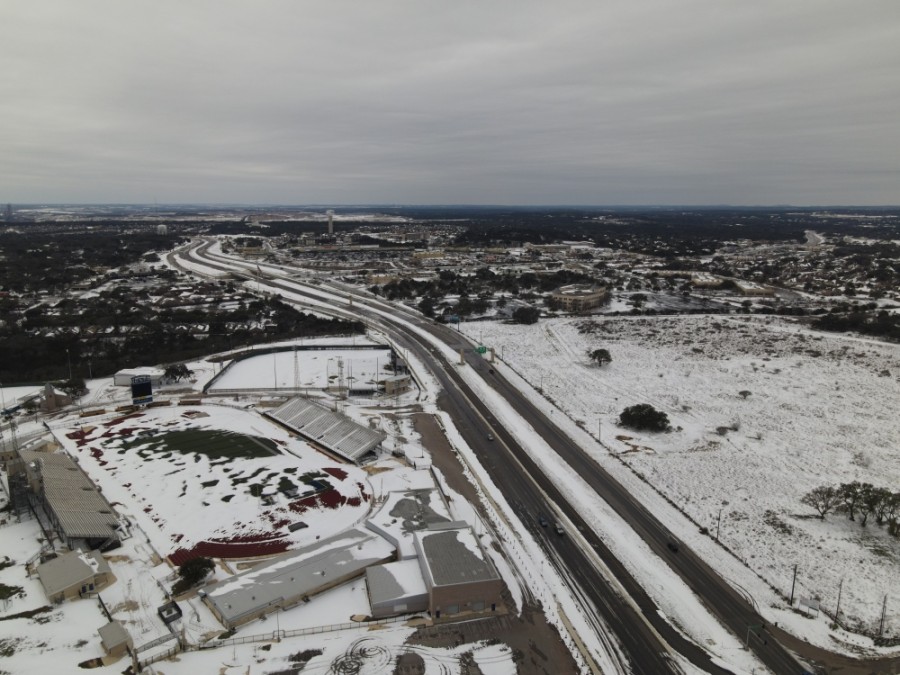