Drivers can expect delays until the project is complete. (Warren Brown/Community Impact Newspaper)

A project to expand and improve the portion of FM 306 between Town Center Drive and I-35 is now expected to be completed in February 2022.

Previously, a representative of the Texas Department of Transportation informed Community Impact Newspaper that the work would be completed in March of this year before correcting the completion date to early 2022.

The work is part of the northern portion of the TxDOT I-35 Improvement Project and is estimated to cost $18 million. 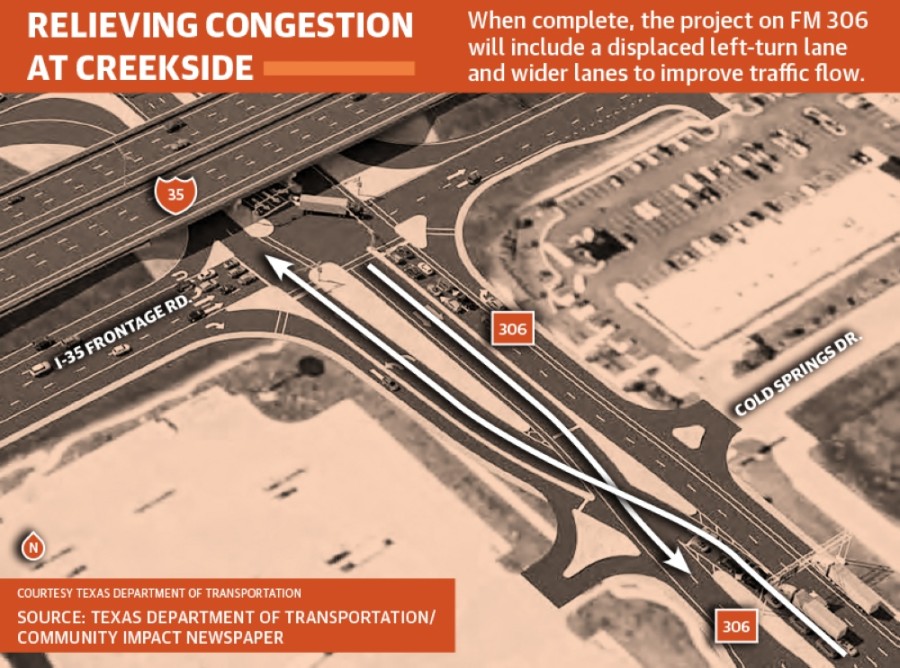 Plans for the intersection include the addition of a displaced left-turn lane, which will allow left-turn traffic to cross opposing traffic before entering the intersection, according to a TxDOT representative.

In September, westbound traffic on FM 306 was switched to the eastbound lanes to allow crews to widen and reconstruct the former westbound lanes. During the switch, eastbound traffic will not be allowed to make left turns through the work zone and will be required to use Town Center Drive to access stores and restaurants within the shopping center.

The entire northern portion of the I-35 Improvement Project is expected to cost $63.8 million and be complete by this fall.
New Braunfels Texas Department of Transportation Creekside Crossing
SHARE THIS STORY