Over the next four years, the Texas Department of Transportation will spend more than $100 million on upgrades to I-35 and surrounding frontage roads located within New Braunfels city limits.

Beginning in July 2019 and lasting through spring 2023, TxDOT has identified necessary operational improvements at the FM 2252-Schwab Road intersection, the intersection of I-35 and FM 306, and the I-35 intersection with Conrads Lane and Kohlenberg Road, among others.

“The amount of work we have scheduled on I-35 is a direct result of the amount of people moving to the area,” TxDOT New Braunfels-area engineer Will Lockett said. “We’re trying to get that infrastructure in place as quick as possible.”

TxDOT began working with engineering consultants earlier this year to look at all I-35 intersections within Comal County and identify methods to institute operational improvements.

Part of a 12-county grouping known as the San Antonio District, TxDOT work in the Comal County area includes more than 100 active projects and some $2.2 billion allocated for transportation upgrades, officials said.Surpassing the Dallas-Fort Worth area in 2019, the TxDOT San Antonio District is now the second largest in the state, according to Hernan Rozemberg, public information officer for the San Antonio district.

“In reflecting that growth, we want to keep people up to date on the work on I-35,” Rozemberg said. “The entire Comal County extension will see some form of work, and we’re trying to keep the public as best informed as possible.”

According to Rozemberg, TxDOT projects along the I-35 corridor in New Braunfels will be split into two portions—a southern portion and a northern portion.

The southern portion of TxDOT’s I-35 overhaul in New Braunfels stretches from FM 1103 to the Guadalupe River and includes more than $30 million in upgrades, TxDOT said.

The first phase of the southern portion was completed in July when an $8.4 million bridge replacement was opened to traffic across I-35 on FM 1103.

The new FM 1103 bridge increased the number of traffic lanes from two to four and features traffic turnaround options and separate left-turn lanes that effectively converted the former one-bridge system into a three-bridge system.

TxDOT crews are now in the process of more than $25 million in upgrades from FM 2252 to Schwab Road. Work on this section of I-35 is expected to take 19 months and be completed by January 2021. Work on this section will overlay 3.5 miles of I-35 main lanes, add Via Park N Ride options, and reverse entrance and exit ramps.

“They will relieve some of the pressure at intersections and move some of the merging distances onto the frontage road,” TxDOT area engineer Will Lockett said about upgrades to the southern portion of the project. “They should eliminate any queuing we’re seeing on existing ramps on I-35.”

The bulk of TxDOT work in New Braunfels in the next few years will impact nearly 6 miles of I-35 stretching from Creekside Crossing or FM 306 north to the Hays County line.

More than $80 million in upgrades are planned including the addition of displaced left turn, or DLT, lanes at FM 306 and a raised portion of I-35 that will replace the Conrads-Kohlenberg overpass.

Additionally, a second raised portion of I-35 and additional turnaround options will be constructed for northbound and southbound drivers between Kohlenberg and East Watson Lane. TxDOT documents indicate the turnaround addition will be approximately 1.5 miles north of Kohlenberg and 1 mile south of Watson.

Previously two-way frontage roads between Kohlenberg/Conrads and Watson will then be converted from two-way access to one way.

“We realize this project is going into the holiday season, and we want to make sure folks can get where they need to,” Lockett said about ongoing construction affecting FM 306.

Lockett expects ramp reversals near Post Road and Kowald Lane to be complete by the new year; however, the entirety of the northbound portion of the project maintains an estimated completion date of spring 2023.

“I think it’ll be beneficial,” said Don Mordecai, general sales manager for Nissan of New Braunfels, at 2077 N. I-35. “Right now, they’re exiting about halfway up the dealership, and it’s kind of hard to see us, but it hasn’t been that horrible. When traffic really backs up they can take a look at all of our new and used cars.”

Construction began in September, and ramp reversals and displaced left-turn lanes near FM 306 will take 18 months to complete, according to TxDOT. The estimated completion date for the ramp reversals and DLTs is spring 2021 at a cost of $18 million.

Meanwhile, $63 million in overpass, U-turn and frontage road upgrades affecting the Conrads-Kohlenberg overpass and a new Watson Lane turnaround will not be complete until spring 2023.

Work on Conrads-Kohlenberg and the Watson Lane sections of the northbound portion is expected to take 36 months with a start date of January 2020. The overall project will include multiple I-35 turnarounds, raised portions of I-35 above Conrads and Kohlenberg, a second raised section between Kohlenberg and Watson, and the conversion of two-way frontage roads near York Creek to one way.

“We’re just trying to meet the need of [drivers] in the area,” Rozemberg said. “We are thankful for the funding coming from the state, and we’re trying to do the best we can with our resources.”
Tags: Transportation , I-35 New Braunfels , TxDOT , Construction , FM 306 New Braunfels
SHARE THIS STORY 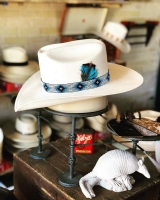