The shelter has a variety of animals available for adoption. (Lauren Canterberry/Community Impact Newspaper)

Incorporated in New Braunfels in 1979, the Humane Society of the New Braunfels Area serves the region by providing health care services and finding homes for animals that come through its facility.

As the primary shelter in the city, most animals that are found in the New Braunfels area are brought to the HSNBA, said Executive Director Sarah Hammond, and either remain in the facility or a foster home until they find a forever home. The HSNBA has a monthly intake capacity, including in the shelter and foster homes, of about 300 animals, Hammond said, a number that has been regularly surpassed in recent months.

“During the pandemic when so many of us were stuck home our intake was down,” Hammond said. “For the last probably three months we have had 100 more animals in care than we are used to in previous years.”

On Sept. 27, the HSNBA reported having 196 animals in the shelter and 250 in foster care. Between Sept. 1-27, 119 cats and 271 dogs were brought to HSNBA, putting additional strain on the facility.

In July 2021, the HSNBA took in 433 animals compared to 426 in July 2020, but Hammond says there are significantly more young cats and dogs being brought into the facility than is typical.

“The number of young animals coming into the shelter is much higher than it usually is, and it’s causing a problem,” Hammond said. “Especially because they come in so young. It’d be one thing if they were of age and I could fix them and get them adopted out right away.”
RELATED STORIES

Because animals must be several months old to be sterilized safely, Hammond said kittens and puppies have to wait at the shelter or in a foster home for longer before being eligible for adoption. 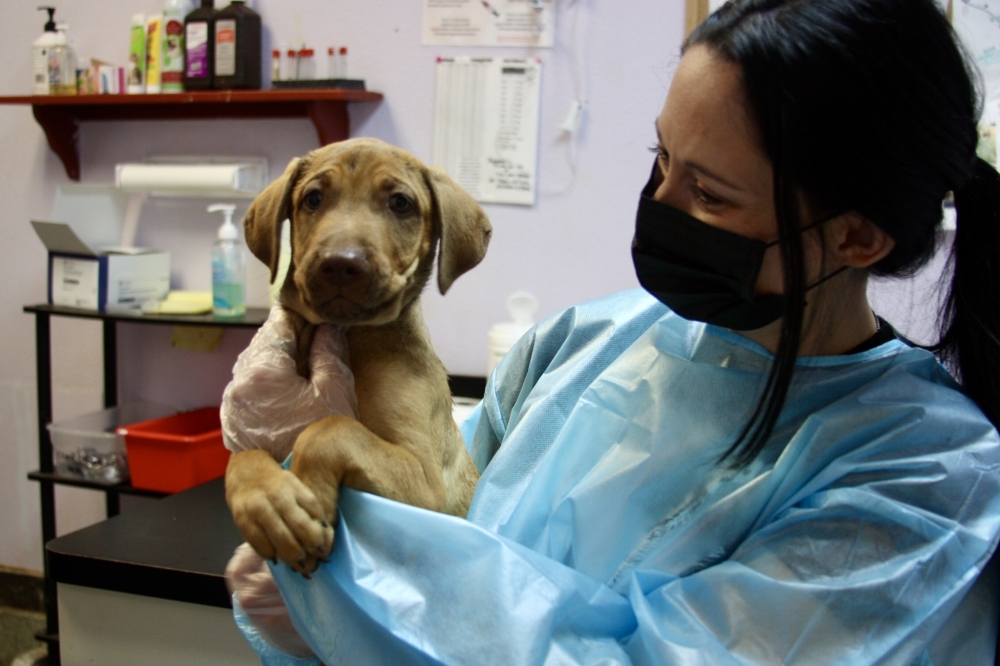 In an effort to prevent the overpopulation of animals in the region, the HSNBA spays or neuters all animals before they are adopted, Hammond said.

Hammond believes that some residents may have taken in stray animals during the early months of the coronavirus pandemic but did not have them sterilized while facilities were closed or because of lockdown restrictions.

“Not only are we [the shelter] exploding, but the community is exploding with folks who are trying to keep animals out of the shelter,” Hammond said. “But bottom line if those animals don’t get fixed, you’re only causing more of a problem for us later.”

The HSNBA also partners with the New Braunfels Community Cat Coalition and the Comal County Veterinary Medical Association to operate The Goodwin Center for Community Cats, which aims to reduce the euthanasia of local feral cats.

The program began in 2016 and allows residents or animal control personnel to trap feral cats, deliver them to the shelter to be vaccinated and sterilized by volunteer veterinarians and then returned to where they were captured at no cost to residents, Hammond said. 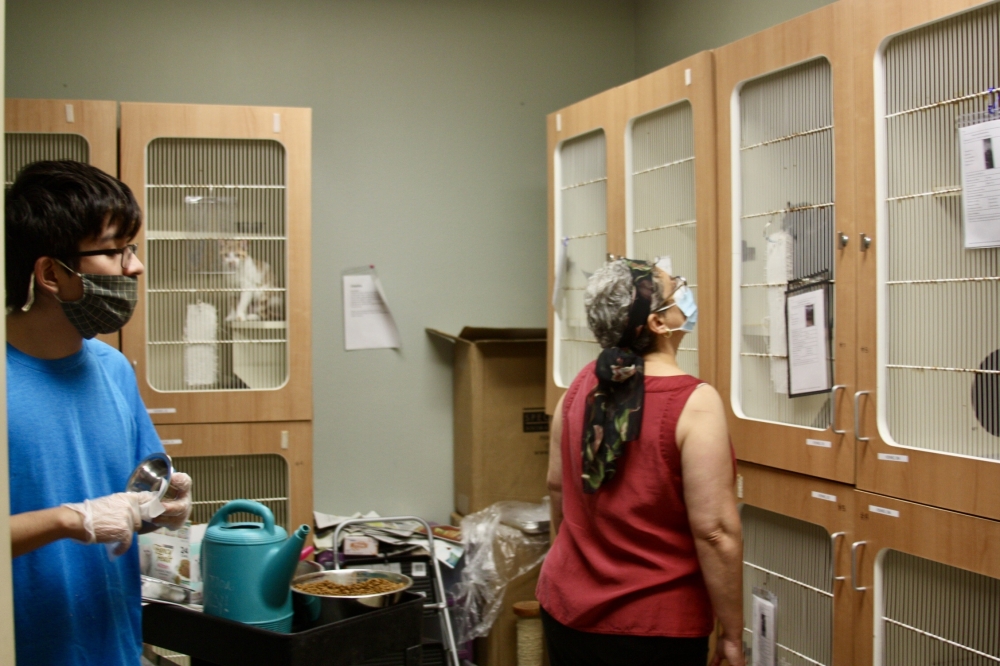 Though there are no current plans to expand the shelter itself, the HSNBA is working to add a spay and neuter facility on its property, though the project is still in the permitting process, Hammond said. The facility would provide more space for sterilization and veterinary care operations.

“A bigger shelter only lets me hold more animals for longer; that’s not a solution,” Hammond said. “The solution is reducing the intake of animals in the first place.”

Ultimately, Hammond said that educating the public about the importance of sterilizing pets, encouraging responsible pet ownership and finding safe homes are the best ways to decrease the number of animals in the shelter system.

“Despite it all, we were still rocking, you know; we’re still getting by,” Hammond said. “This is just one of those times where the overcrowding is hurting us to the point where we really needed to reach out for help.”


Humane Society of the New Braunfels Area
SHARE THIS STORY