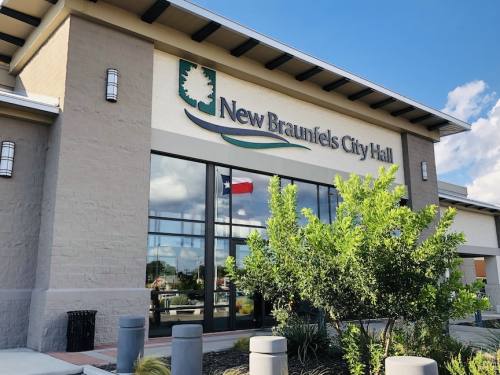 The New Braunfels City Council unanimously approved a proposed budget of $242,421,504 for the fiscal year 2019-20 at a regularly scheduled meeting Sept. 9.

“We feel that the FY 2019-20 budget accomplishes all the priorities set out,” said Jared Werner, city of New Braunfels chief financial officer. “The theme of this year’s budget is trying to invest in initiatives, whether it be technology or equipment, that have the potential to reduce long-term staffing needs.”

The FY 2019-20 budget represents an increase of about $56.3 million from the previous year’s budget of $186,109,351—primarily due to the allocation of funds in support of remaining projects from the 2013 bond and initial expenditures for 2019 bond projects.

According to city documents, $21 million in general obligation bonds will be issued—$2,509,500 for the 2013 bond program and $18,490,500 for the 2019 bond program—while the council approved $5 million in certificates for the first portion of the New Braunfels Economic Development Corp.’s planned $15 million sports complex.

“I’m very excited about the work and management performed by city staffers, which has placed us in a good position for all of this,” Mayor Casteel said. “We were able to maintain the tax rate while incorporating bond initiatives. It’s clear that the tax rate is going to reduce if we continue to see growth and value and new growth coming online.”

At the Sept. 9 meeting, Mayor Casteel noted that, even with the city absorbing the 2019 bond totaling $120 million, city residents are likely to see a tax decrease in coming years after an increase in property values, particularly during the 2013 bond term when a projected $0.088 increase was deemed unnecessary.