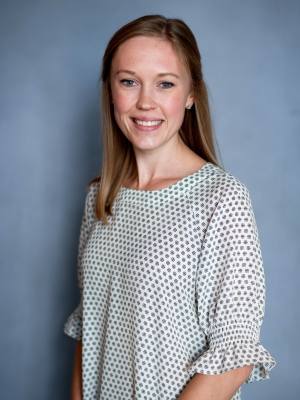 For Levi McBee, the winter storm that struck Texas the week of Feb. 15 provided an opportunity to give back to a community that has supported him during the coronavirus pandemic.

McBee, a native of New Braunfels, has been the branch owner of Buffalo Wings & Rings in New Braunfels for 13 years and has witnessed the impact of a community coming together during a crisis firsthand.

“[The pandemic] was a trying time for myself and my wife and managers,” McBee said.

After the pandemic began, McBee and his team worked to increase the restaurant’s capacity to offer takeout and implemented new safety protocols.

“It was amazing that so many people came so often and bought stuff and smiled and took care of the staff,” McBee said. “We’re a family, and we try to get out there and help take part in our community as much as we can because they take care of us. ... It takes a village to make a city great.”

When rolling power outages forced McBee to close the restaurant last week, he knew the food he had in refrigerators and freezers would likely spoil before consistent power returned.

“Before we got to that point, we called the local shelters and said, ‘Hey you know, we have food that’s still good, we need to do something with it,’” McBee said.

On Feb. 17 and 18, the restaurant staff prepared and individually packaged meals for the Comal County Crisis Center and the Connections Individual Family Services shelter and transitional living program.

CIFS, which runs a youth shelter and transitional living program in New Braunfels, experienced the same rolling power outages as many throughout the city, the organization’s CEO Jacob Huereca said.

“Monday through Wednesday was when it was really bad,” Huereca said. “We had one of our pipes burst at the New Braunfels shelter.”

Additionally, the heater at the transitional living program location broke, leaving staff and children staying at both locations with limited heat or power.

Staff members, many of whom were staying in hotels to avoid dangerous commutes to the shelter, searched for other housing options for the 31 children in their care but eventually decided to wait out the storm at the facility, Huereca said.

After posting a request for help on Facebook, Huereca said businesses and community members began offering food, water and assistance with repairing systems damaged by the storm.

“Thankfully the community stepped up because we were trying to get the stuff the kids needed, but we weren't going to be able to do it alone,” Huereca said. “We weathered the storm. We weathered the COVID[-19] storm; we’re weathering this storm, and that’s kind of what we do. I think most nonprofits do this and say that it's what we do.”

The nonprofit received so many offers of assistance that Huereca and his team began redirecting supporters to assist the Saint Jude’s Ranch for Children, which was also heavily impacted by the storm.

“We have storage capacity for water because we brew beer, and for every 1 gallon of beer that you get it takes about 7 or 8 gallons of water to produce,” Kilker said. “When we started seeing everything that was going on with people, it was just like, 'Well, if people need water that's something that we can help with.'”

The brewing company is located in an industrial area that did not lose power or water, which gave Kilker the ability to store and distribute water, as well as baking loaves of bread in the facility’s kitchen to give customers.

For Kilker and McBee, offering assistance to the community and those in need was a way of supporting the city and residents that had supported them.

“I don't know that this is something that we're doing for sensationalism or anything else; it's just what should be done and what people should be doing to help out our neighbors when things get this weird,” Kilker said.