D Pad opened 15 years ago as a pay-by-the-hour video game and local area network (LAN) gaming business but has since evolved into a used game store and event space for various types of social gaming, such as Dungeons & Dragons, Magic the Gathering and more.

The shop at 1024 W. San Antonio St. carries everything from modern gaming titles to vintage cartridges. In addition to used consoles, DVDs and Blu-rays, the store also carries gaming accessories, collectibles and board games.

“We start pretty much around the Atari era,” owner Paul Mellyn said. “We carry that late ‘70s, early ‘80s stuff.”

Owners Tony Perez and Paul Mellyn see customer service, low prices and transparency as what sets them apart from other businesses, both locally and regionally. Mellyn said that explaining the pricing structure can help customers selling their games feel more comfortable.

D Pad plans to start carrying Dungeons and Dragons books and miniatures this March. The event space is already used for roleplaying and tabletop sessions and is also home to a handful of classic arcade cabinets.

Long before nerdom became fashionable, Perez said D Pad provided a place for young community members to hang out and be creative.

Perez and Mellyn have watched some patrons grow up and join the business as employees.

“We have the space and the atmosphere,” Perez said. “We’re just here to give [customers] a place to be themselves.” 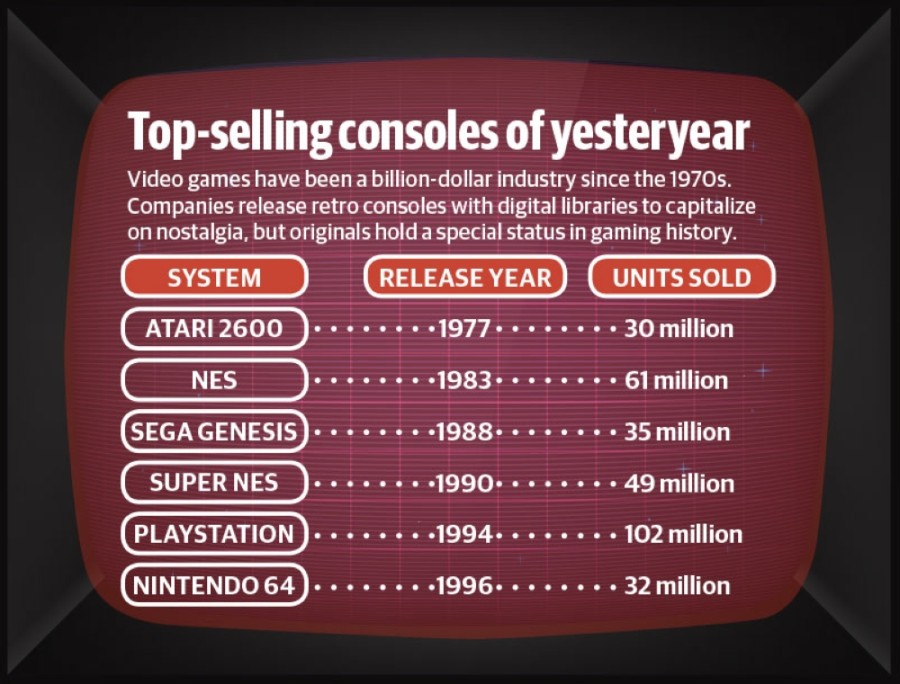