Schlitterbahn’s first full season under new ownership began March 7, as park management wrapped up the finishing touches on millions of dollars in upgrades that include renovated facilities, revamped rides and several coats of fresh paint.

Sandusky, Ohio-based Cedar Fair Entertainment Company bought Schlitterbahn’s New Braunfels and Galveston water parks for $261 million in July. Cedar Fair planned to invest as much as $20 million between both Texas locations over the next few years.

Schlitterbahn will not add any new rides this year, and investments are focused instead on guest experience.

Several attractions have received aesthetic touch-ups, and ride surfaces have been improved, according to Schlitterbahn General Manager Darren Hill.

“That not only will result in a different rider experience when [guests] ride the ride, but also a visual enhancement as they go through the attractions,” Hill said. “We’ve got one of our biggest pools in the park that’s going through a big refresh as well, and that will be very noticeable when folks come in.”
RELATED STORIES

The aforementioned pool is the lagoon in the original section of the park. Hill said that it will look like a brand-new pool.

Blastenhoff Tower received a new color scheme and its surfaces have been refinished.

Other attractions receiving visual updates or surface treatments include Han’s Hideout, Dragon’s Revenge, Bahnzai Pipeline and some play areas for children in Surfenburg, including Kiddie Coast.

In addition to work done on rides, some park furniture and shade structures have been replaced, cabanas received improvements, and dining and retail locations have been upgraded.

“We’re making investments in food and beverage to make sure that we are well-equipped to serve our guests quicker,” Hill said. “A lot of that is in equipment and other things that the food and beverage team needs to just be more efficient.”

Cedar Fair has no plans to rebrand or change the park’s identity, according to Hill.

To that end, parking will remain free, and guests may still bring their picnic to the park, although Schlitterbahn hopes new menu items such as cookie dough funnel cake, Texas brisket cheesesteak, Hill Country barbecue pizza and gourmet hot dogs will be a draw for guests bringing their appetite to the park.

“Even though people have the opportunity to bring their own food and beverage into the park, there are still unique offerings that we have that [guests] can’t get other places,” Hill said.

The main restrooms at Blastenhoff and Surfenburg have been renovated with new surfaces and air conditioning topping the list of things guests will likely notice.

“Every year, we will be putting back into some of those core functions within the park as we work our way through 65 acres of water park,” Hill said.

Schlitterbahn’s 220-room resort was updated and will continue to receive investments in the years to come, according to Hill.

Additional investments made by Cedar Fair include brand-new shuttles and increased park security and safety measures.

Metal detectors will now be located at each entry gate.

Young or small children will be required to wear complimentary lifejackets on some rides and attractions, Hill said.

Ride reservation system Blast Pass remains largely unchanged and will allow guests to enter a virtual queue and avoid standing for long lengths of time at attractions for an additional charge.

On the business side

In September, Cedar Fair cut an undisclosed number of corporate office and park jobs in the process of streamlining operations and eliminating redundancies after the buyout.

Schlitterbahn continues to be one of the county’s largest employers, and Hill said close to 2,000 seasonal employees will be hired to operate the park.

According to 2tarts Bakery co-owner April Ryan, working at Schlitterbahn is a common bond that many longtime residents share, and is almost a rite of passage for community leaders.

“It was my very first job, like a lot of other people in this town,” Ryan said. “I felt really proud to be part of this gigantic family.”

“We have employees that come back seasonally, year over year in really amazing numbers, and we’re very thankful for that,” Hill said. “That’s the backbone of our operation and certainly molds what the guest experience is.”

At $94.99, Hill said season passes are the cheapest that they have been in several years, and single-day tickets can be purchased online at discounted prices.

Early bird pricing will expire at the end of March.

Payment plans are being introduced this year to help ease the financial hurdles that some guests face when considering higher-priced season passes.

“You can spread that out over multiple months,” said Niki Adams, Schlitterbahn’s corporate director of marketing. “As long as you are in good standing and you haven’t defaulted on any of your payments, you can start going to the park as soon as it opens.”

Adams noted that the season passes are cheaper than the cost of two single-day tickets for guests who plan to visit the park more than once this summer.

“The approach this year has been to offer a variety of different price points so that there’s opportunities for everyone,” Hill said.
Schlitterbahn Cedar Fair Darren Hill New Braunfels Galveston Water Park Summer
SHARE THIS STORY 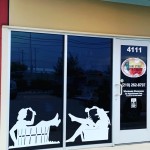