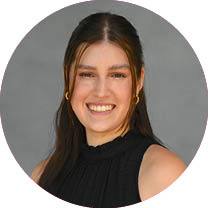 The lawsuit argues that by preempting Texas' abortion laws, the federal government has violated the state's sovereignty. The federal guidelines state that abortions must be provided to protect a patient's life or health in an emergency situation. (Courtesy Getty Images)

The state of Texas has sued the Biden administration over federal guidance released July 11, which states that patients have the right to receive abortions as emergency medical treatment, even if doing so goes against state law.

In the new guidance, the U.S. Department of Health and Human Services said providers are protected by federal law when offering “life- or health-saving abortion services in emergency situations.” The Emergency Medical Treatment and Active Labor Act requires hospitals to provide emergency medical care to anyone who needs it, regardless of their ability to pay. This includes when patients are in active labor.

If a pregnant person is experiencing an emergency medical condition and an abortion is necessary to protect their health, EMTALA states that an abortion must be provided.

“When a state law prohibits abortion and does not include an exception for the life and health of the pregnant person—or draws the exception more narrowly than EMTALA’s emergency medical condition definition—that state law is preempted,” according to a July 11 memorandum from the federal Centers for Medicare & Medicaid Services.

The suit, filed by Texas Attorney General Ken Paxton on July 14, states that EMTALA “does not mandate, direct, approve or even suggest the provision of any specific treatment,” including abortion.

“This administration has a hard time following the law, and now they are trying to have their appointed bureaucrats mandate that hospitals and emergency medicine physicians perform abortions,” Paxton said in a news release. “I will ensure that President Biden will be forced to comply with the Supreme Court’s important decision concerning abortion, and I will not allow him to undermine and distort existing laws to fit his administration’s unlawful agenda.”

Hospitals that participate in Medicare are required to provide emergency treatment to patients. If these hospitals do not follow EMTALA guidelines, their Medicare provider agreements may be revoked, the guidance states.

“These hospitals are now threatened with having to choose between violating state law under threat of criminal penalty or jeopardizing their ability to participate in [Medicare],” the suit said.

In a statement, HHS Secretary Xavier Becerra said that “health care must be between a patient and their doctor, not a politician.” He asserted that emergency situations preempt state laws that ban abortions.

The lawsuit was filed in the United States District Court for the Northern District of Texas.

The federal guidance was issued less than three weeks after the U.S. Supreme Court overturned Roe v. Wade on June 24, eliminating the constitutional right to abortion after nearly 50 years. On July 8, President Joe Biden issued an executive order that protects the right to reproductive health care, including contraception.