Frontage roads along Toll 183A in Cedar Park get funding 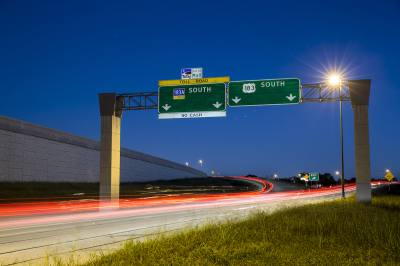 Frontage roads for Toll 183A in Cedar Park have received funding.

When the Capital Area Metropolitan Planning Organization’s Transportation Policy Board granted $500 million to the Texas Department of Transportation on Monday, that meant big news for Cedar Park.

In addition to funding an I-35 improvement project, a portion of the funds is also going toward frontage roads along Toll 183A and improvements to RM 620.

“The action that the CAMPO board took on Monday night is unprecedented for the city of Cedar Park,” Sam Roberts, assistant city manager for Cedar Park, told Cedar Park City Council May 9.

The action committed $75 million to build frontage roads on Toll 183A between Avery Ranch and RM 1431.

Cedar Park Mayor Corbin Van Arsdale, the city’s CAMPO representative, said the frontage roads will benefit Cedar Park residents since they will no longer have to take long, winding routes to avoid paying tolls when traveling through the city. He said the toll has long acted as a barrier between the eastern and western parts of Cedar Park.

The action also directed $25 million to construct a grade separation at the intersection of RM 620 and Anderson Mill Road. This project will help traffic flow on RM 620, according to Van Arsdale.

The frontage roads are currently in the design phase, as funding for their design was approved 18 months ago, according to Roberts, but finalized construction timelines for these projects are still to come.

“The approval of the money for construction is huge,” Roberts told council. “It ensures that project is going to be built.”
SHARE THIS STORY

The hotel at the center of the debate—Candlewood Suites—is located in Northwest Austin within Austin city limits and in Williamson County.

Cedar Park Police said there is no known human or animal contact as of now.

More than half of Williamson County residents fully vaccinated, plus more COVID-19 news

No action was taken during June 3 meeting, but council members asked staff to collect more data about Capital Metro in Leander.