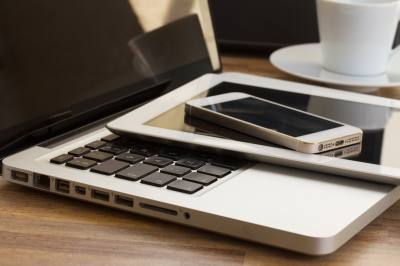 While some areas of Leander and Cedar Park may have access to three or four wired internet providers, other areas of these cities are limited to one wired provider and its pricing options.

Despite being just miles away from Austin, parts of which received Google Fiber internet in 2015, Leander and Cedar Park still have dark areas when it comes to internet access.

Leander is the 177th most connected city in Texas, behind Cedar Park, which ranks 165th, and far behind Austin, which ranks 13th, according to BroadbandNow.

The metric is based on FCC data and updated every six months, according to Tyler Cooper, a senior editor at BroadbandNow. The “connectedness” ranking examines the density of internet providers available at the census block level. Cities with more providers available to more areas rank higher.

Leander resident Kathy Howell said the internet connection to her home, which was built before Leander was a city and located near the center of town, is through copper lines. She said working from home, which she does frequently, is often a challenge because of the slow speeds.

“We have the old copper lines, and [the provider] won’t upgrade us because there are only like three homes on there, and all the businesses and everything have paid to have individual fibers run to each development,” Howell said. “They won’t upgrade us, so we’re stuck.”

Internet providers, such as AT&T, Spectrum and Suddenlink, are available in certain areas of Leander, but some pockets may be limited to one or two options. Although about 95% of Leander residents have access to more than one internet provider, BroadbandNow estimates 2,000 people in Leander either have no access or access to only one wired internet provider, which limits competition and affects cost.

In Cedar Park, this number is lower. BroadbandNow estimates 200 people in Cedar Park have access to one or fewer wired internet providers.

“It’s not like Leander is in dire straits or anything,” Cooper said. “Texas in general, we’re actually a little bit spoiled. ... We do have some advantages that certain other states don’t have, but we have plenty of roadblocks as well.”

As technology has evolved, the ways in which people receive the internet have diversified. Broadband internet is measured in megabits per second, which refers to the speed with which information is downloaded from or uploaded to the internet, according to the FCC website. The FCC defines broadband as connections that allow for at least 25 megabits per second, or Mbps of download speed and 3 Mbps of upload speed.

Internet providers may offer wired internet connections such as through phone lines, cable lines or, more recently, fiber-optic cables. Others may offer a fixed wireless service or a satellite internet option, both of which do not require cables.

“The main difference for consumers is that fiber is capable of much faster speeds and much more bandwidth,” Cooper said.

Paul Preston is the information technology manager for the city of Leander. He said the main providers in Leander are AT&T, Spectrum, Suddenlink and Grande Communications.

“Each cable provider will cover a section of the city,” Preston said. “They don’t cover the entire city, so it depends on where you live what you will have available to you.”

Preston said more densely populated areas of the city have more provider options, whereas rural areas tend to have fewer.

“In the more saturated areas, the more densely populated areas, you will have [a] choice versus the person that lives in the [extraterritorial jurisdiction] down a county road may only have one choice or very limited choice,” Preston said.

Howell, a project manager for an engineering consulting firm, works with the telecommunications industry regularly. She said she recognizes customers determine where internet infrastructure will go.

“Whenever there are enough customers, or whenever that new customer base comes in … then [internet providers will] bring [the infrastructure] in,” Howell said. “Until then, they’re not going to.”

Cooper said a common trend in the United States is that small towns tend to have two dominant providers.

“One provider will usually own the phone lines, so like your traditional phone lines that have been set up since the Bell monopolies, and the other provider will own the cable lines,” Cooper said. “You see that in Leander specifically. You have basically AT&T and Spectrum.”

Cooper said this can impact cost.

“In cities where there is solid access of three or more internet providers, we find that prices are on average 30% lower than in cities where [there are] just two wired providers to the majority of people’s houses,” Cooper said.

Leander City Council Member Christine Sederquist said affording internet can be a challenge for many Leander residents. When she worked at the Leander Public Library in 2017 and 2018, she found many came in to use the internet because they could not afford it at home, she said.

“It was definitely a socioeconomic issue,” Sederquist said. “They were people who were working class who did not have it.”

Ron Roberts has been a Leander resident for the last five years. Now in his retirement, he is on a limited income and said he cannot afford to purchase internet service at his home. He said he uses internet to stay connected to family and friends and to learn about services he can use. He said he uses the library, and his apartment complex has a business center he can use.

The importance of internet

Technology has become ubiquitous in today’s society, and internet use continues to grow, said Priscilla Donovan, director of the Leander Public Library. She said she often finds people using the library to fill out job applications or to complete homework assignments. She said some mornings she finds that before the library is open, people are waiting outside, using the Wi-Fi from their cars.

Technology has also become a part of school curriculum. Leander ISD launched its Mobile Learning Initiative in 2015 called mLISD. Through this program, students in grades 6-12 can receive district-provided laptops for a fee of $70 per year, according to Laurie Vondersaar, senior executive director of information technology services for the district. Vondersaar said scholarships are given to students who cannot afford the fee. Students can also opt to bring their own devices to classrooms.

“Technology is not necessarily the replacement of activities or instruction,” Vondersaar said. “It’s really more of an augmentation.”

Vondersaar said most students have access to internet at home, but 3% do not, according to survey results from the 2017-18 school year.

Carie Spannagel, who works in the teaching and learning department in LISD, said school libraries give students a chance to access the internet before and after school. She said using technology in school curriculum prepares students for the future.

“[Technology] allows for more creativity to occur,” Spannagel said. “It allows for students to dive deeper into what their current world is and what their world will be.”

Austin was the third city in the nation to receive Google Fiber, which offers download and upload speeds of up to 1 gigabit per second.

Google Fiber does not have plans to expand beyond Austin to Leander or Cedar Park. Parts of these cities do have access to fiber, though. AT&T Fiber provides residential service to 20% of Leander and 25% of Cedar Park, according to BroadbandNow.

Leander city spokesperson Mike Neu said the city is in a good position.

“I don’t think we’re at a disadvantage compared to other cities in the area or in our region of Texas,” Neu said. “I think we have competition among internet providers. We have services that are available to the citizens of Leander, so that’s about all we can ask for.”

“In Leander, we need to be able to work from home more,” Howell said. “Traffic is getting worse and worse every day, and at some point we’re going to have to stop driving into  Austin. The only way we can stop driving into Austin is if we have the infrastructure to work in Leander, and right now we don’t have it.”

As time goes on, Howell said, access to the internet is only going to become more important.

“We are very dependent on internet,” Howell said. “Telecommunications is critical to our lifestyle, and it’s not going to get any less.”