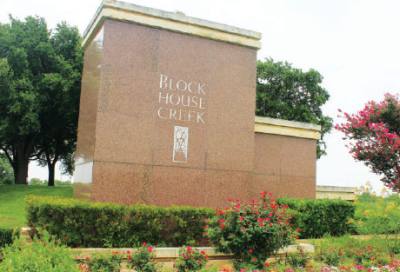 Beck Brown has lived in the Block House Creek neighborhood in Williamson County for more than 30 years. In November he went to his mailbox and saw it had been vandalized.

“I went over to get my mail and [it] was just hanging open, mail all over the street,” Brown said.

Brown said he checks his mail everyday so nothing of his was stolen. He said the boxes were repaired and then it happened again around Christmas.

“It was basically the same thing, they used a crow bar or something to pry the locks open and they had just taken. … I had assumed around Christmas they were looking for packages or gift cards or things of that nature,” Brown said.

And then vandals struck the neighborhood again last week. On the Block House Creek Owners Association’s website a post from last Friday reads “unfortunately a number of postal units throughout the neighborhood were damaged by vandals last night. Residents, please rest assured that both the postal service and Williamson County Sheriff’s Office have been made aware and are diligently addressing the situation.”

“I don’t think that it has been quite as extensive in the past as it has this time. It’s my understanding that there were a total of approximately 16 postal units hit in the neighborhood this last time,” said Pam Phillips with the HOA.

Phillips does publicity for the BHCOA. She’s been working on getting the word out to residents about the vandalism.

“Pick up your mail, don’t let it sit there for days on end especially at this time of year when you’re expecting information for your tax returns,” Phillips said.

“I’m assuming it’s desperate times and people are realizing they can do this in the middle of the night. I assumed somewhere in between 1 and 4 o'clock in the morning and they haven’t been caught yet,” Brown said.

Phillips doesn’t believe it’s the work of an amateur. One resident reported some unusual activity on a credit card.

“A credit card was stolen out of their box and that particular card was used to go buy additional tools just to do more of this type of thing,” she said.

Beck says his mailbox still hasn’t been repaired after the hit in December. He’s been getting his mail at the Leander post office since then.

Phillips says as far as adding lighting or any other type of security to the areas where the boxes are, the association’s hands are tied because of ownership issues.

“There have been some neighbors who have been discussing putting up survey cameras in their yards and things of that nature and yes that’s absolutely a great idea,” Phillips said.

The Williamson County Sheriff’s Office confirmed it has responded to 5 calls of vandalized mailboxes in the area since November.

The U.S. Postal Service says the Postal Inspector is investigating and they are reminding people mail theft is a Federal crime. Each count could result in a fine, 5 years in prison or both.

As for the timeline of replacing and repairing the boxes the Postal Service issued this statement:

“The Postal Service strives to always provide the best possible service to our valued customers. We apologize for any inconvenience that may have been experienced, due to the damaged Cluster Box Units (CBU) in the Block House Creek neighborhood. Local postal officials will be out tomorrow to assess the CBU’s and determine if they will need repair or replacement.

Under normal circumstances, the time frame for repair of a damaged CBU is between three and seven days. If the CBU is determined to need replacement, the timeframe for completion can depend on the current supply of new boxes. In every case, the Postal Service seeks to make repairs and replacement of CBU’s as quickly as possible.

Customers who suspect mail theft or vandalism of a CBU should contact the USPS Inspection Service at 1-877-876-2455.

The Postal Service values our customers and we sincerely regret any inconvenience they may have experienced. We remain committed to working with customers to ensure they have safe and secure mail receptacles.”