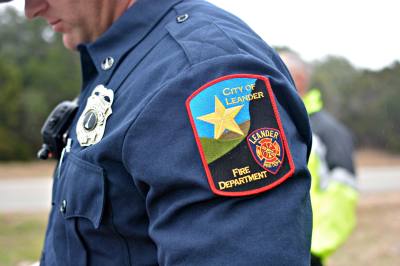 Leanderu2019s fifth fire station could open near the Travisso neighborhood next year.

The west side of Leander could see a new fire station in 2019 after Leander City Council voted Thursday to proceed with plans and designing the facility.

Leander Fire Chief Bill Gardner told City Council members that a station on the west side is needed to serve future residents. According to city documents, the location of the station will be 2800 Travisso Parkway. He said homebuilders are planning to build an additional 724 lots for the third and fourth phase of the Travisso neighborhood, which the fire department estimates will equal about 2,350 new residents. Currently, the closest facility is Fire Station No. 2 on Crystal Falls Parkway.

Gardner said call times in the area continuously exceed the recommended national standard response times and that a lack of a fire station could impact common insurance policies or rates for homeowners in the area. The department announced last year that it received the second-highest classification from the Insurance Service Office, which can result in savings on insurance premiums for Leander homeowners and businesses.

Aside from the Travisso area, Gardner said the facility would also serve parts of the Grand Mesa subdivision, which is also in need of improved response times. The fire department anticipates seeing residents move into the new homes in the Travisso subdivision by April 2019, and Gardner said they hope to have the fifth fire station in operation as close to that timeframe as possible.

“That’s about as close of a timeline as you can get to have the facility open when it’s needed,” he said.

The facility and fire department fleet cost is estimated to be $6.4 million, and the initial staff and equipment in the fire station will cost $1.4 million. Starting in the fiscal year 2019-20 budget, the recurring annual cost to run the facility will be $954,210, he said. City Council approved a resolution Thursday for a contract with Komatsu Architecture for the design of the fire station for $511,822.

The city plans to start construction on the facility in September and open the fire station May 2019.
SHARE THIS STORY