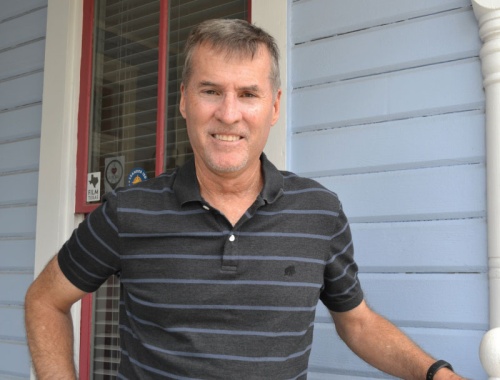 Leander Mayor Troy Hill said he is determined not to let down city residents during his time as mayor.

“I would want [Leander citizens] to know that I will always have their best interests at heart,” he said. “I take it as a sacred duty to represent every person in the city effectively and to be honest and always act with integrity—to put their interests first.”

Hill said he thinks of 18-year-olds like his son, who voted for the first time this spring in the city’s mayoral race, and considers it an honor that some of their first votes were for him.

On June 16, Hill was elected mayor of the city of Leander during a special runoff election against opponent Vic Villarreal, after a third candidate, Adam Benefield, was eliminated in the general election in May. Hill was sworn into office July 5.

Leander residents cast 2,550 votes in the runoff election, over 200 more than those who voted for any mayoral candidate in the general election this spring, according to Williamson County documents. Voter turnout also hit 9.96 percent, which was well above the 5.46 percent turnout in the city’s 2015 mayoral election.

In 2015 former Mayor Chris Fielder was elected for a second term. He announced Jan. 12 that he would not seek re-election after 11 years in public office.

Fielder said the biggest challenge of being mayor is learning about city projects and history. He said that the City Council and the city staff are the two most significant assets to Hill during his time as mayor.

“You [have] got to rely on [city staff’s] experience to get you through,” Fielder said. “Even after 11 years of service, governing over 225 meetings, at the last meeting I was still relying on [City Manager Kent] Cagle to help give me advice.”

Hill said his past experience on City Council helped prepare him for the role because he already knows the city staff, council procedures and city zoning.

He said he decided to run for mayor for the same reason that he became involved in city business five years ago: He felt Leander was not attracting the types of businesses that it needed.

“Once I ran for council it became obvious that in a lot of instances, we were the ones that were prohibiting our commercial growth,” Hill said. “I ran on a platform to change that, and that’s what I intend to do.”

Some of his goals include changing the ordinances around the city’s transit-oriented development district, attracting a business commerce park, seeing a retail corridor develop along US 183 and widening RM 2243 as a limited-access road to allow businesses access to I-35, he said.

Hill said the decisive win—he earned 61.89 percent of the votes—as well as the election of two new council members who ran alongside him, indicate to him that the voters desire change.

Hill said a rewarding experience was knocking on 1,500 doors in Leander during campaign season to meet city residents. He also used social media to campaign, like he did while running for City Council three years ago.

“This time, it was completely different, and that’s good and that’s bad,” Hill said.

He said it was regrettable that social media conversations became negative during the campaign, and that he hopes in the future the online tool can get back to being a way to discuss ideas, rather than personal or speculative topics.

However, Hill said the use of social media while campaigning was also positive, and he attributes some of the turnout for the election to the communication of the issues that took place on social media platforms.