The Tooth Cave Ground Beetle is an endangered Karst invertebrate that lives in the city of Cedar Park.

Williamson County is home to endangered Karst invertebrates—a collection of insects and arachnids that live underground, including the Tooth Cave ground beetle.

The Tooth Cave ground beetle lives in the city of Cedar Park’s cave preserves, according to U.S. Fish and Wildlife Service documents.

Gary Boyd, director of environmental programs for Williamson County, said the invertebrates are the “canary in the coal mine” in that they indicate the quality of the environment underneath the ground.

“It’s not as critical as it used to be [to protect the Karst invertebrates in Williamson County]. … [The species do] give us a reading on what the quality of the groundwater is and what the quality overall of various flora and fauna might be,” he said.

The USFWS announced proposed amendments to the recovery plan for the Karst invertebrates in January. Recovery plans are nonregulatory but set recovery goals for endangered species, per a USFWS statement.

The proposed amendments would add ways for the USFWS to measure if the species are moving toward recovery or if there are still continued threats and challenges, USFWS spokesperson Lesli Gray said.

The public comment period for the amendments goes through April 1, and after that, the USFWS may make changes before finalizing the amendments, Gray said. 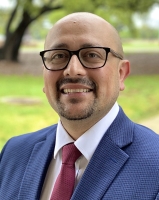