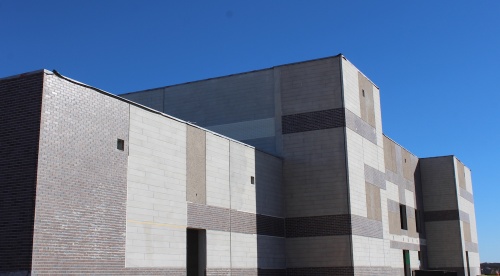 Larkspur Elementary School is under construction.

Trustees on LISD’s school board toured the site Dec. 20 to see the progress on construction.

“It’s exciting to see an elementary campus come to fruition,” said LISD Superintendent Dan Troxell. “To see this level of skill in the construction is amazing. Great things are going to happen in this campus.”

The school is scheduled to open in fall 2019 in the Larkspur subdivision off US 183, just north of the South Fork San Gabriel River.

Larkspur is expected to open with approximately 536 students, according to the district’s fall 2018 demographic update.

Attendance zones for the school were selected by the board of trustees in March, and a principal—Tracie Montanio—was named in October. Trustees named the school at their last board meeting in December.