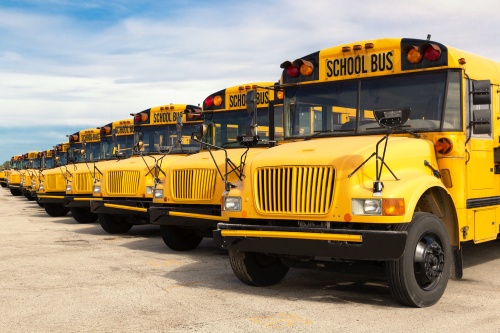 This spring thousands of Leander ISD middle and high school students opted out of taking the State of Texas Assessments of Academic Readiness end-of-course tests, or STAAR EOC, in algebra I and English I.

STAAR EOCs are typically taken as a student is completing the subject either in middle or high school depending on when the student is enrolled in the course, according to Texas Education Agency documents. The large number of opt-outs in algebra I and English I occurred in part because PSAT scores from eighth- and ninth- graders were permitted to be used as substitute assessments for the STAAR EOC in 2017-18, said Brenda Cruz, LISD director of assessment and accountability.

Standardized test scores—such as those from the PSAT, SAT or ACT—that meet a certain threshold may be used as substitutes for the STAAR EOCs, as allowed by the Texas Administrative Code. Students are permitted to use substitute assessments for a variety of STAAR EOC subjects, including algebra, biology, English and U.S. history, according to the TEA.

“This is a great opportunity for kids to have [a] choice,” LISD spokesperson Corey Ryan said.

Parents or guardians of LISD students who earned qualifying scores on an alternate assessment were notified via email and provided with a form, according to district documents. The signed form and documentation of an eligible test score were required for the student not to take the STAAR EOC, according to LISD documents.

Cruz said Leander ISD administers the PSAT starting in eighth grade. She said, for example, students could use eighth-grade PSAT scores as substitutes in ninth grade for the algebra I or English I STAAR EOC.

Students who take the regular STAAR EOC exam and earn a passing score may be placed in a number of categories, including approaches grade level, meets grade level and masters grade level, according to TEA documents.

“A student who takes a substitute assessment in lieu of an EOC is scored no higher than meets grade level standard in the accountability system,” Burchett said.

Burchett said taking a substitute assessment instead of the STAAR EOC tests could have a negative impact on accountability ratings, which are based on scores in three domains—student achievement, school progress and closing the gaps.

Cruz said the substitutions impacted LISD high schools' score in student achievement because the district thinks more students would have scored as masters grade level if not for the substitutions.

“Substitute exams will continue to impact the school progress domain because the state cannot account for performance growth with substitute test users,” Cruz said. “For example, if a student used the substitute exam for Algebra I he or she could not show growth from the eighth-grade math score. This will continue to impact LISD accountability scores because the same issue will occur next year.”

While the STAAR EOC results could have some consequences for the school district, the direct effect on the students who opt out may be limited. Two local colleges say the STAAR EOC are not taken into consideration during the admission process.

“[At Concordia University] what we look at is whether or not they have a diploma,” said Jennielle Strother, who works in enrollment services at Concordia University Texas, a private university located in Austin. “From there, we do a holistic review, review the application and review GPA and board scores, so SAT [and] ACT scores.”

However, students may be exempted from the Texas Success Initiative by providing qualifying reading, writing and math scores in the SAT, ACT, TAKS or two optional STAAR EOC assessments, English III and algebra II, according to ACC documents.
SHARE THIS STORY