Leander ISD board of trustees votes to adopt over $477 million budget and $1.51 property tax rate 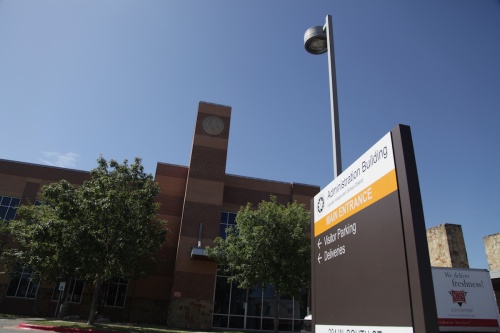 Leander ISD's administration building is located in the city of Leander.

Leander ISD’s board of trustees approved a budget with $477,061,067 in expenditures at a meeting Thursday night.

“There is a projected deficit, but we work very, very hard to balance the budget when we have our final audit a year from now,” LISD Superintendent Dan Troxell said. “That’s what we do on a consistent basis.”