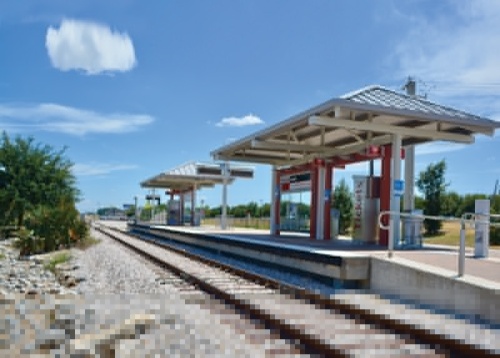 Editor's note July 16 at 12:26 p.m.: Due to incorrect information provided by Capital Metro, this story has been updated to reflect that MetroExpress service is available on Saturdays in Leander while construction takes place on the MetroRail.

Leander City Council may begin the process of withdrawing from Capital Metro's service area. If the withdrawal were approved by voters, bus and rail service would cease in the city.

An item on council’s July 18 agenda is to authorize the mayor and interim city manager to negotiate an agreement with Leonard B. Smith—an outside attorney—for legal services regarding the “possible withdrawal” from the transit authority.

Capital Metro, a public transportation provider in the Austin metro area, was established by a voter referendum in 1985. Leander is one of the original members of the authority. One percent sales tax levied by the city of Leander and other service members in the Austin area funds the agency.

In Leander, Capital Metro provides MetroExpress bus service and MetroRail service. MetroRail services are not available on weekends in Leander due to construction, according to Capital Metro spokesperson Mariette Hummel. Saturday service is available on MetroExpress in Leander while the MetroRail line is not running on Saturdays, according to Hummel. Construction on the rail is intended to upgrade the rail to allow trains to pass each other and run more frequently, according to Hummel.

Leander Mayor Troy Hill said he thinks the services the agency provides to Leander are substandard and not worth the amount the city contributes to the agency.

“The fact that we’ve been in it for this long, and they don’t have weekend service, which is the time the majority of residents would want to ride, that’s unacceptable,” Hill said. “I don’t see any reason to be paying a lot for something that isn’t very efficient.”

In order for the city to withdraw from Capital Metro, Leander voters would have to approve the withdrawal, Hummel said.

“If Leander were to vote to withdraw, Capital Metro must cease all Leander operations,” Hummel said. “That would happen right away.”

If an election took place and voters decided to stay in the transit authority, the city could not hold another election to withdraw for five years, Hummel said. However, a city can hold an election to rejoin Capital Metro without the 5-year limitation. Rejoining would require approval from the authority’s board.

Leander Station, where people can board the bus and rail in Leander, is located off US 183, north of Hero Way. In spring 2019, the station saw 472 average weekday boardings for MetroExpress buses and the MetroRail from Leander Station, according to data from Capital Metro.

Hill said he believes getting out of Capital Metro would leave the city with more money to pursue other projects, such as economic development.

“We could come up with things that a huge percentage of our public could use,” Hill said. “The major corporations that are going to our sister cities—we would be able to compete for those.”

According to the Texas Transportation Code, if a city withdraws from Capital Metro, it has to pay off a financial obligation over time. A calculation set by the code determines the obligation amount, according to Hummel, who said the amount would have been $9.8 million in 2018.

“That means that the city’s current annual sales tax contributions would help to pay off the obligation in two years,” Hummel said. “They're not receiving service during that time. They’re paying it off, but they’re not getting anything in return, just the fact that they’ll be able to leave after that.”

Hill said leaving Capital Metro does not mean the city will have to be without it forever.

“I think as [Capital Metro] expands the system, it is going to make it more attractive to cities like Leander,” Hill said. “We’re a young city, and I think everybody needs to just realize that we can get back in at some point when they are better able to give us more options.”

Update: This story was updated July 15 at 5 p.m. to clarify the city would have to have an election to rejoin Capital Metro services.