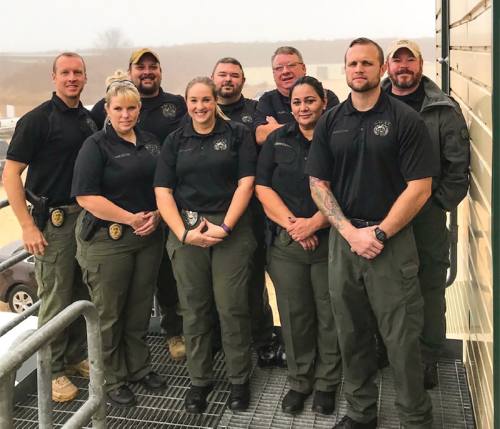 Central Texas Regional SWAT, or CTRS, is composed of members from the Leander, Cedar Park and Georgetown police and fire departments along with tactical medics from Williamson County EMS.

The competition was held at Texas State University’s training center where 28 other state, national and international teams gathered to compete in negotiation scenarios.

Wayman Mullins, a Texas State University professor and organizer of the competition, said teams were evaluated mainly on their communication skills and teamwork.

CTRS negotiators underwent high-risk mock scenarios where they gathered intelligence, brainstormed and maintained a timeline to defuse the crisis, one of which lasted approximately 6.5 hours.

“We have a very cohesive team that works like a well-oiled machine,” said Derral Partin, a CTRS member and lieutenant with the Leander Police Department. “They train very hard and take our sessions very seriously. All those teams that competed are some of the best of the best and it was a real honor to take home the first-place trophy.”

Partin said members underwent an extensive selection process both mentally and physically to join the team. They continuously train once a month for about six hours over various scenarios and stay up to date with negotiation trends and new legal considerations.

Partin said when talking about a SWAT team, most people think of armored trucks and officers responding to a scene, but many people do not see the group of officers behind the scenes negotiating to calm the suspect, lessen the use of force and defuse the crisis.

CTRS aims to have a controlled, rapid response in high-risk situations in order to gain control and minimize the risk of death or injury to any person, according to the Georgetown Police Department.

Although a SWAT team responds to any type of critical incident or dangerous circumstance when requested, CTRS also regularly conducts demonstrations for members of the community in citizens police academy classes, youth Explorer groups, school law enforcement field days and citizen leadership groups.
“This team has played an integral role in bringing all three cities together,” said Chanse Thomas, a CTRS member and lieutenant with the Cedar Park Police Department. “The communities have been very supportive.”

Overall the team has responded to approximately 20 incidents since 2015, some of which include dangerous barricaded situations and local search-and-rescues, Thomas said.

Some emergency situations in which the regional SWAT team may be necessary include hostage negotiations, barricaded people, high-risk warrant services, search-and-rescues, or personal protection of people who have specific threats against them.