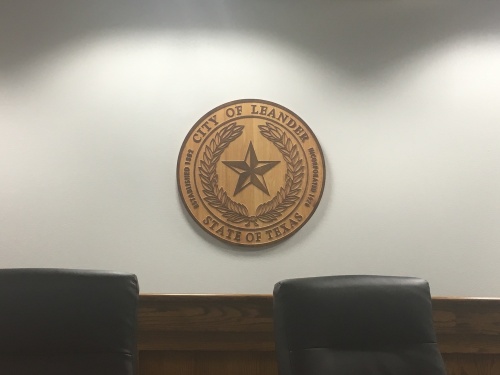 Leander City Council considered authorizing the city secretary to use an email archive server when fulfilling open records requests during a meeting May 2.

The city of Leander and former Leander city manager Kent Cagle have reached a settlement agreement in which the city has agreed to pay $349,000.

Both parties "deny any concession or admission of unlawful conduct, liability, fault or wrongdoing,” the agreement states. Cagle agreed to release the city and its affiliates—including current and former council members and the mayor—from all charges, according to the agreement.

All withholdings including taxes will be deducted from the settlement funds. Checks were to be delivered within 30 days after the execution of the agreement, which both parties signed in early September.

Cagle also agrees to not seek or accept employment with the city going forward, according to the agreement.

The settlement comes after Cagle filed a lawsuit against the city in August, seeking more than $1 million, claiming the city breached his employment contract and participated in unlawful retaliation. Cagle filed the lawsuit after Leander City Council voted 6-1 in May to fire him.

The city of Leander and Cagle released a joint statement Oct. 25 regarding the settlement agreement:

“The City of Leander and Kent Cagle are pleased to report that they have amicably resolved all outstanding claims between them. The whistleblower claim and any allegations supporting said claims were previously dismissed voluntarily by Cagle. Additionally, the parties have resolved their contract dispute in a manner satisfactory to all parties, and those claims are being dismissed by the court with prejudice.”