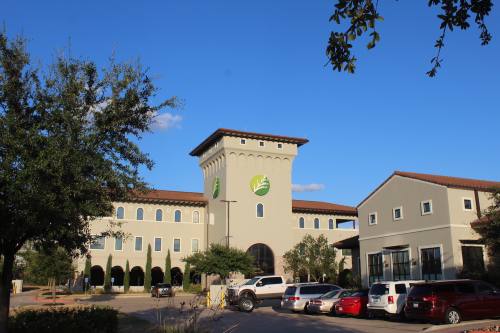 Cedar Park lowered its property tax rate for the seventh year in a row. The rate is the lowest one the city has seen in 22 years, according to city officials.

Cedar Park City Council adopted fiscal year 2019-20’s budget and the new tax rate, which is $0.447 per $100 of taxable value—a two-tenths of a cent decrease from the previous rate—on Sept. 26. The budget was adopted unanimously; the tax rate was adopted in a vote of 5-2.

Despite the decrease, homeowners will likely pay more in property taxes to the city due to increasing real estate values. The average home value has increased by 4.4% in Williamson County and by 3.2% in Travis County since FY 2018-19, according to Assistant Finance Director Chad Tustison. With the new tax rate, the owner of a home of average value in Cedar Park will pay $54 more to the city in property taxes in FY 2019-20, according to Tustison.

The new fiscal year begins Oct. 1, 2019 and ends Sept. 30, 2020. The budget includes $58.1 million in the general fund, half of which is going toward public safety, including two new police positions. The budget also provides for new bond-funded capital projects, including $8.6 million for transportation projects and $18.24 million for construction on a new library. Sales tax revenue will go toward several community projects such as Lakeline Park Phase 1 and the planning of Bell Boulevard Park, according to the budget.

The budget also includes full implementation of the city’s drainage program and contributions to community support programs, such as CASA of Williamson County, Samaritan Health Ministries and Hope Alliance.

At a prior meeting, council requested Tustison bring data to the Sept. 26 meeting showing how deeper property tax rate cuts would affect the city’s future bond debt service. During the Sept. 26 meeting, Tustison shared what effects lowering the rate by two-tenths of a cent and a quarter of a cent would look like. The options would save the average homeowner between $4 and $5 in FY 2019-20, or less than $0.50 a month.

Council Members Rodney Robinson, Tim Kelly and Dorian Chavez said they were in favor of lowering the rate from $0.448.

“The bottom line is we’re always going to have debt,” Robinson said. “The way I look at it is I put myself in a taxpayer’s shoes: Is my politician or elected official working to save me as much money as possible?”

“We’re in a good economy; the market is doing really well; everything is growing right now,” Kirkland said. “If we can defease more debt now, and also that defeases more interest, then basically that allows us to take more debt in the future for future projects such as Lakeline Park and other projects we have on the horizon, including the library.”

Chavez and Kelly voted against the compromise, stating they preferred $0.4465.