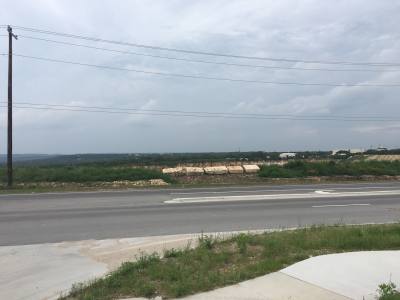 The Lime Creek Quarry is located on Anderson Mill Road.

The city of Cedar Park has moved forward with the next step toward potentially redeveloping the Lime Creek Quarry.

Cedar Park City Council voted unanimously May 9 to authorize the city to procure a feasibility study on the quarry. Council Member Stephen Thomas was absent from the vote.

The study aims to determine the viability of redeveloping and reusing the Lime Creek Quarry, according to city documents. The study will analyze the existing site and market conditions, include land use scenario plans and look at real estate market and fiscal impact.

The city has selected global design firm Perkins & Will, Inc., to complete the study for $150,000. It is estimated to take seven to nine months to complete.

“These studies are extremely important because we’re setting the foundation of what’s going to happen moving forward,” Council Member Michael Guevara said during the meeting.

The city of Cedar Park acquired the Lime Creek Quarry from Austin for $4.1 million in 2015, with the intention of eventually ending blasting on the site. The quarry is about 216 acres and encompasses areas on both sides of Anderson Mill Road, near Whitestone Boulevard.

Council Member Mel Kirkland said during the meeting he is in favor of the study.

The hotel at the center of the debate—Candlewood Suites—is located in Northwest Austin within Austin city limits and in Williamson County.

Cedar Park Police said there is no known human or animal contact as of now.

More than half of Williamson County residents fully vaccinated, plus more COVID-19 news

No action was taken during June 3 meeting, but council members asked staff to collect more data about Capital Metro in Leander.