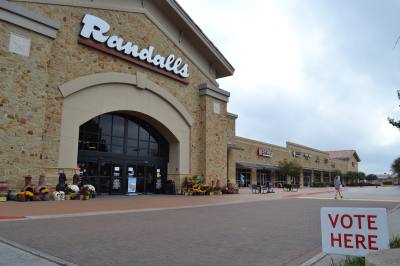 Election Day voters in Williamson County could cast their ballots at the Cedar Park Randalls.

Early voting was from April 22-30. Voters in Cedar Park and Leander have a final opportunity to cast ballots on election day on May 4.

During the eight-day early voting period which excluded Sunday, April 28, 5,017 voters showed up to the polls in Cedar Park and Leander, data shows. However, voters in Texas can cast ballots at any location in the county they are registered to vote in.

Cedar Park and Leander are both holding elections for three city council seats. On May 4, polls open at 7 a.m. and close at 7 p.m.

Below is a map of all election day polling locations in Cedar Park and Leander.