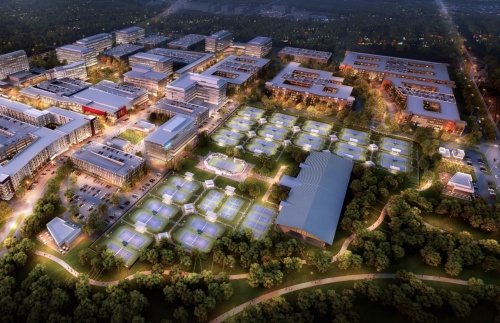 The headquarters for the United States Tennis Association Texas, or USTA-Texas, are to anchor a $1.5 billion development heading to Cedar Park.

The city intends to enter into a 380 agreement with incentives not to exceed $60 million over a 20-year period, White said. White said the development has to build before they receive any money; in other words, the incentive is performance-based.

White said the project is estimated to bring $138.82 million of net new revenue to the city over a 20-year period.

"Those numbers... that allows us to take a lot of pressure off of property taxes for our residents when you deliver projects like that," Van Arsdale said. "It’s a big deal to have that kind of deal."

The memorandum of understanding is a preliminary document and an economic development agreement laying out the details of the agreement should be complete within 90 days, White said.

Editor's note: This story was updated March 15 at 9:21 p.m. to add "Texas" at the end of the headline.
SHARE THIS STORY