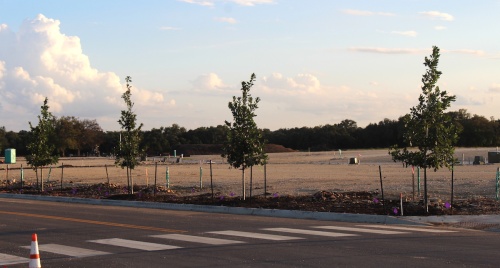 A new option procedure was put in place for developers to present proposals to Leander City Council for feedback prior to submitting formal applications to the city.

Additionally, the mayor sponsored an item at the meeting to establish rules of decorum for council meetings.

Council unanimously approved an ordinance establishing an optional procedure for developers to request a council review of their proposed developments before submitting applications to the city.

“The general concept and idea is to allow a prospect, a client, to come before council with an idea of a business venture that might be slightly different than what the future land use [plan] allows or even the current zoning,” Cannon said.

She said the ordinance provides developers with a free tool. Otherwise, developers might spend tens of thousands of dollars working with engineers and other professionals on a project, and sometimes close on a property they intended to develop, only to have their proposals rejected by the city's zoning commission or council, Cannon said.

Four people spoke in favor of the procedure, which allows developers the option to submit a request form and give a 10-minute presentation on their proposals to council.

Council members can provide feedback, although the feedback will not be considered approval of an application.

“After I left [City Council], Cedar Park implemented something similar to this,” said Mitch Fuller, a Cedar Park resident and former Cedar Park City Council member. “It gives a temperature check; if you guys think that something is proposed that just absolutely deviates from your comprehensive plan, from your future land use plan, and it doesn’t make any sense, it can be shut down immediately or there is some feedback.”

The ordinance was approved with the addition that developers must attend a development meeting with city staff to receive feedback before presenting to City Council.